The most annoying neighbour behaviours revealed

More than one in ten (11%) Brits have reported an annoying neighbour to the police, new research has revealed. Good Move conducted the study by asking 1500 adults what they thought of their , which habits they find annoying and the action(s) they’d take in response.

Nearly two thirds (59%) said they found their neighbours annoying, with the top reasons being:

It would appear that the age-old belief that northerners are more friendly continues, with Sheffield residents being the most pleasant people to live next to, but neighbours in Bristol and London being the most complained about.

In response to annoying neighbours, most people (30%) would directly confront them; 15% would deliberately replicate the annoying behaviour; 11% would call the police; and 4% have gone as far as taking their neighbours to court.

Ross Counsell, Director at Good Move, said: “Neighbourly disagreements are a part of life, but our research has highlighted the lengths that Brits are willing to go to in order to get them resolved.

“We found that young adults are the most likely to find their neighbours annoying, but that they are also the least likely to know those who live around them. Perhaps if people made more effort to talk to their neighbours, then they would get along better and be more tolerant of certain behaviours.”

ARLA Propertymark has shared its top tips for renting, now that the industry has gone back to normal following the … 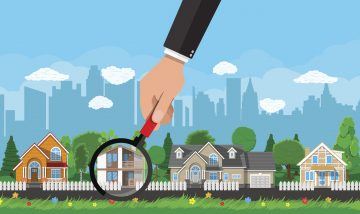