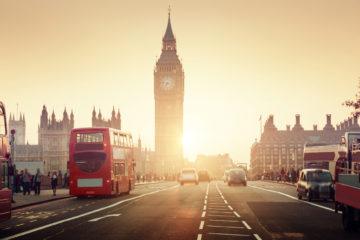 The new rules came into force in Westminster at the end of August 2021. They state that shared houses or flats where 3 or more people from 2 or more households share facilities now require licensing as HMOs (houses in multiple occupation). This is in replace of the rule that stated an HMO license wasn’t mandatory until 5 or more people were sharing facilities.

Bective’s research highlights that Westminster is the largest private rental market in London, where private rental stock accounts for 27% of all dwellings. In Westminster, this number rises to 42% of dwellings, followed by the City of London (41%) and Kensington & Chelsea (37%).

Total number of HMO properties in London boroughs in 2017 and 2020, ranked from biggest 3-year increase to smallest

HMOs as a percentage of private rental stock in top 20 London boroughs, ranked from largest percentage to smallest

However, with these changes now in force, Bective points out it is likely the number of HMOs within the borough will now spike.

Tom Dainty, Head of Lettings and Property Management at Bective, comments: “The impact of these new rules will be two-fold. Yes, it’s undeniable that additional HMO licensing and tighter scrutiny when dealing with rule-breakers will benefit tenants by raising the standard of living.

“But, at the same time, this increased scrutiny, along with the additional costs, might tempt landlords to up sticks from Westminster and find more profitable investments elsewhere.

“This exodus will be of detriment to tenants. Less landlords means less stock, and less stock means higher rent prices. With Westminster’s average rent already more than £2,600 a month, this could further price more tenants out of the borough.”

Westminster City Council has launched an online tool to check that HMOs are licensed to help raise standards in the private rental sector.

The checker is designed to help the council identify rogue landlords who are renting unlicensed Houses in Multiple Occupancy (HMOs). If tenants find they are living in an unlicensed HMO, they could be entitled to a rent repayment of up to 12 months’ rent.

A let property is an HMO is if there are three or more tenants from more than one household, sharing toilet, bathroom, and kitchen facilities. It can also include buildings divided into self-contained flat, Westminster City Council highlights.

If an HMO is let to five or more people from more than one household, the property will usually require a licence.

If they give consent, tenants who use the checker and find they could be living in an unlicensed property will be contacted by the council to discuss their case. If they believe they may be entitled to apply for a Rent Repayment Order (RRO), tenants will be put in contact with the Safer Renting organisation, who will guide them through the process of applying to the Property Tribunal for an RRO.

The checker has been created to support the council’s Housing Standards Taskforce which comprises trading standards, city inspectors and environmental health officers, and was set up to protect vulnerable residents by investigating landlords and letting agents who flout the rules or provide tenants with sub-standard homes.

Councillor Heather Acton, Cabinet Member for Public Protection and Licensing at Westminster City Council said: “Our goal is to make Westminster a place where high-quality housing is available to all.

“A good home is at the centre of people’s lives and we hope this new online tool will help tenants to be aware of their rights and check whether their landlords are abiding by the rules.

“We would encourage all landlords letting homes of multiple occupation to ensure they are being responsible and meeting their full legal obligations or face the consequences.”

More information about the taskforce can be found at: https://www.westminster.gov.uk/housing-standards-taskforce.

If you would like to know more about HMOs, check out this guide on specialist property insurance provider Just Landlords’ blog.

The latest Government House Price Index states that the average price of a property i...