Following the General Election in December, The ValPal Network has noticed a renewed confidence in the property market.

It says the ‘Boris bounce’, combined with the traditional New Year upsurge in activity, created a very fruitful January for estate and letting agents up and down the country.

Fresh data has been gathered from the network of agents, representing over 800 brands with more than 4,000 offices. It shows that it wasn’t just buyers and tenants buoyed by increased market certainty, as there was an increase in prospective sellers and landlords also contacting agents last month.

The figures show that a total of 83,158 leads were generated by agent members from prospective sellers and landlords requesting instant online valuations during January.

This is a massive increase from the 37,400 online valuations leads generated during December.

January’s total is the highest monthly number of online valuation sales leads generated by agents since October 2018 when the figure peaked at 102,999.

The announcement from The ValPal Network follows the news that both Rightmove and OnTheMarket received record numbers of website visits in January.

Craig Vile, The ValPal Network Director, says: “Despite reports of increased confidence immediately after the election, it’s clear that January was when the market resurgence really took off with huge numbers of sellers and landlords requesting instant online valuations from our agents.

“The election came less than two weeks before Christmas, so it’s likely many consumers waited until the New Year kicked off before acting on their interest – in many cases after a period of planning and discussion over the holidays.

“This increase in activity from prospective sellers and landlords paired with the rise in visits to the major portals shows people are more confident about market conditions and subsequently more committed to taking action in 2020.”

Vile highlights that for agents to take advantage of this increased activity from the ‘Boris bounce’, they need to have marketing tools in place to keep brands ‘front of mind’ with consumers.

He adds: “Increased demand for agents’ services is undeniably positive news. However, it means competition between agents will intensify this year.

“Therefore, agencies need to make sure they’re doing all they can to get their brand in front of as many potential clients as possible through a combination of prospecting, canvassing, social media and pay per click advertising, content marketing and PR.

“Promoting an online valuation tool through a holistic marketing strategy will help agents to generate more leads and benefit from a resurgent market.”

The latest Mortgage Trends Update report by UK Finance has been released, showing the changes in the number of mortgages completed during October 2019.

Shaun Church, Director at Private Finance comments on UK Finance’s latest report: “The home-mover market is slowly getting back up and running, with the number of completions up 4.2% month-on-month.

“Thursday’s election result has delivered some clarity, in that some form of Brexit now seems inevitable. This greater certainty is likely to release pent-up demand, as the many sellers and buyers that have sat on their hands for the past couple of years will now be galvanised to pursue their home-moving ambitions.

“Easing house prices should also inspire prospective buyers to make a purchase. This window of opportunity won’t stick around forever, with prices likely to nudge back up as more activity returns to the market.

“Buyers that are seriously considering making a move in the New Year should act quickly to take advantage of the discount priced in to many properties up and down the UK, as well as the ultra-competitive mortgage rates currently on offer.”

With the next election now less than a week away, it’s interesting to see which way property prices have swung after each election since 1970.

How much do elections affect house prices?

Generally speaking, the months either side of an election show, at best, modest price growth, but in the months following the election, a number of factors come into play. These include the length of the PM’s term, their stance on the housing market and any other major political events.

What will happen to house prices after the 2019 election?

Generally speaking, the level of certainty that a political event (election, referendum, Brexit debates) brings determines the amount of growth in house prices. Resignations have led to stagnation of growth;  just 0.01% following May’s takeover from Cameron and 0% when John Major took over from Thatcher in April 1990.

Officially elected PMs on the other hand, tend to see a boost in house prices, as can be seen in the table below:

Andy Foote, director at SevenCapital commented: “What the figures over the past two elections have shown us is that, despite much speculation around whether the UK’s house prices are stagnating, the reality has been far more positive.

“Should investors and homebuyers be worried about the outcome of the election? If history is to be repeated, they should expect modest growth initially, but once the new PM is in place and their plans for the UK, the economy and, importantly Brexit are laid out, there’s no reason at the moment to not expect a positive rise over the following six to 12 months.”

In over 100 constituencies, private landlords could be pivotal in deciding the outcome of this month’s general election. In those areas, the number of landlords in 2017/18 was the same as or larger than the overall majorities of those candidates elected in 2017.

The Times analysed data from HMRC and found that there are 124 constituencies in total that fit this bill. 55 of these were initially won by Conservatives, including South Swindon, Chingford and Woodford Green and Chipping Barnet.

Another 39 of the identified seats are currently held by Labour. These include Middlesborough, Kirkcaldy and Cowdenbeath and Kensington.

Among the seven seats won by the Liberal Democrats in 2017 in which the landlord vote could be decisive are the seats of Westmorland and Lonsdale, held by the party’s former leader, Tim Farron, and Kingston and Surbiton, won at the last election by the party’s Deputy Leader, Ed Davey.

“Private landlords could be decisive in who ends up in Downing Street following the election. For those unable to afford a home of their own or unable to access social housing the rental market is their only hope of having somewhere to live. With that in mind, we call on all political parties to do more to support good landlords to provide the homes to rent we need.

“That is why all parties need to do more to enforce the wide range of powers already available to root out criminal landlords rather than introduce new obligations which have no hope of being properly enforced by hard pressed councils.”

In Scotland landlords have the potential to decide the winners of 25 seats . The same is true for 9 seats in Wales and 6 in Northern Ireland.

The election is scheduled for December 12th, and postal votes are already being accepted.

Milton Rodosthenous, Build to Rent expert and director of online auction service LetsBid Property, has shared his comments on the Conservative Party manifesto, ahead of the next General Election.

Rodosthenous says: “The Conservatives’ plans to levy a 3% Stamp Duty surcharge for non-UK tax residents will receive a mixed response from the property industry.

“However, most people will agree that it is a surprise to see the additional Stamp Duty increased to 3% from the initial 1% proposed over a year ago.

“Additional Stamp Duty for overseas investors will represent a positive change for domestic buyers as there may be less competition for homes and price growth for certain types of properties could plateau.

“That said, a policy like this could have implications for the high-end of the housing market, particularly in London.

“Any market problems caused by additional stamp duty for overseas buyers could be alleviated by wider stamp duty reform, details of which are currently lacking in depth.

“Meanwhile, Boris Johnson’s plans to introduce lifetime fixed mortgages for first-time buyers could represent a more all-encompassing and effective strategy of helping people to take their first steps on the property ladder compared to existing policies such as Help to Buy and Shared Ownership.

“It seems the Conservatives have placed further focus on helping those not yet on the housing ladder with their Lifetime Rental Deposit policy, which could help tenants to save more cash towards buying a home thanks to lower upfront moving costs.”

“If Boris Johnson is elected, his focus will be on resolving the Brexit impasse which could help to re-energise the property market. A continued focus on reforming the homebuying and selling process with policies such as Reservation Agreements and regulating property agents could also help to speed up transactions and build long-term confidence in the market.” 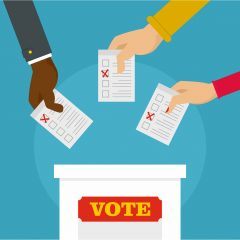 Plans by the Labour Party would threaten to close down the private rental sector, according to the leading landlords’ organisation.

The development of annual ‘Property MOT’s’, a Charter of Renters’ rights, open-ended tenancies and rent controls all combined would drive thousands of landlords out of the sector. This would lead to a massive shortage of properties driving rents up and increasing homelessness.

David Smith, Policy Director for the RLA, said: “These proposals have not been thought through. We have been at the forefront of wanting to drive criminal landlords out of the market, but to place such ill-thought-out burdens on the majority of good landlords would lead to a serious rental housing crisis, which would only hurt tenants as they struggle to find a place to live.

“The sector does not need new obligations, but better enforcement of those that already exist. We hope that should Labour come to power they will work with us to bring in proposals that would better protect tenants against criminal landlords whilst still encouraging good landlords to invest in the supply that is needed to meet demand.”

Landlords have welcomed the proposals in the Conservative manifesto to strengthen the possession rights of good landlords whilst accepting there is a need to protect tenants from unfair evictions.

David Smith said: “We agree that the system for repossessing properties is in need of reform and support the Conservatives’ proposals to strength the possession rights of good landlords.

“It is vital that the reforms are got right. At present, it can take over five months for a landlord to repossess a property through the courts in legitimate circumstances. We will be keen to work with Ministers to establish a new system of repossession rights and the establishment of a dedicated housing court to ensure good landlords and tenants can secure justice swiftly in the minority of cases where something goes wrong.

“It is disappointing that there is no mention of reversing some of the tax changes hitting landlords which have resulted in a drop in investment in the market making it more difficult for tenants to find the housing they want. Longer tenancies for tenants will be meaningless without landlords entering and staying in the market long term.”