Flatshare Rents in Expensive Towns Rise by 30% in Three Years 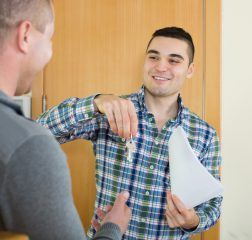 The cost of flatsharing in some of the priciest towns and cities in the UK has surged by around 30% in the last three years, with renters in five cities paying over £500 per month to rent a room in a shared house.

Flatshares are still cheaper for most tenants than living alone, but as the amount of people who cannot afford to buy a home rises, prices are continuing to grow.

Data from flatsharing website EasyRoommate shows that since 2012, the greatest increase in room rent prices was seen in Oxford. The city’s high demand from students and some of the most expensive properties in the country are fuelling price rises.

EasyRoommate reports that the average cost of a room in Oxford listed on its site has increased by 29% since 2012, to £571 per month.

Other parts of the South East have seen similar price growth. In Reading, rents have risen by 23% to an average of £514 a month and in Cambridge, prices have increased by 21% to £552. Flatshare Rents in Expensive Towns Rise by 30% in Three Years

London is still the most expensive place to flatshare, with the average price of a room advertised on EasyRoommate heading towards £700 per month.

The average room to rent in Brighton and Hove also costs over £500 a month.

EasyRoommate revealed that in just three areas – Milton Keynes, High Wycombe and Maidstone – the price of renting is less than the amount flatsharers can afford to pay.

In London, flatsharers must find an average of £94 more a month than they can afford.

Chief Executive of EasyRoommate, Karim Goudiaby, urges: “Our research reinforced the urgent need to replenish the housing supply in Britain with affordable accommodation.

“There is a pressing need to tackle the housing crisis to mitigate inflation with rented room prices and to ensure Britain’s renters can find a room that best suits them and their budget.”1

Separate research from housing charity Shelter found that in the last year, one in five working adults aged 20-34 have moved back in with their parents and a further 15% have never moved out.

It says that more than half of these adults have moved back because of the high cost of housing. A third said they hoped to save for a deposit for their own home and a fifth simply said that renting is too expensive.

Chief Executive of Shelter, Campbell Robb, comments: “When getting even a toe on the housing ladder is completely out of reach and private rents are sky-high, it’s no wonder so many working adults are having to move back into their childhood bedroom.”

He believes that Government schemes, such as Help to Buy and Starter Homes – which will see new houses built sold at 20% below market rates – do not help those on ordinary incomes.

Robb adds: “With plans to sell off many of the few genuinely affordable homes we have left, expensive and unstable private renting or living with mum and dad are the only options.”1

He continues: “Rents are rising anywhere the economy is growing and that makes life harder for people who are already struggling or not enjoying a wage increase.

“For some, moving back in with parents while they accumulate a deposit rent-free is the only way they’ll get a home of their own, but not even that works if the only jobs are at the other end of the country.”1

The most expensive listing on EasyRoommate is a double room in a two-bedroom flat in central London, close to Oxford Circus. The room costs £3,200 per month, or £38,400 a year, and that does not include bills. Women living in shared, rental accommodation are £2,271 worse off than men, revealed data from flat and house share website SpareRoom.

The site compared the finances of male and females living in flat shares. 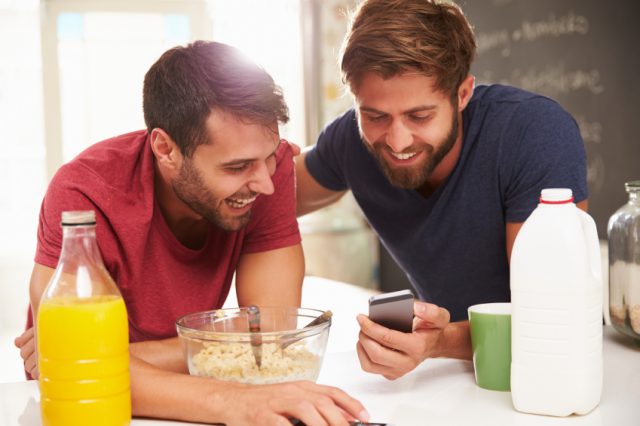 On an age basis, women in their 20s in London pay the largest proportion of their salary on rent; almost one in five (19%) spend over half on rent compared to only one in ten men.

Just 26% of women flat sharers say that they could afford to rent alone, compared to around half (46%) of men.

This makes it unsurprising that more women are spending longer living in shared housing than men. Over a third (34%) of female flat sharers in their 30s have lived in this type of property for more than five years, compared to only 22% of males. In the capital, this rises to 37% of women and 24% of men.

Men are also more likely to live in rental accommodation that does not have a living room; 29% of male flat sharers in their 30s compromise on a living room, compared to 19% of females.

Director of SpareRoom, Matt Hutchinson, comments: “With such a defined salary gap between the sexes, it’s no surprise women are flat sharing for longer. In spite of it being 2015, women are still earning less than men, but they don’t get a discount on their rent for being female.”

Hutchinson advises: “One result of this affordability burden is that 12% of female renters don’t ever expect to be able to buy homes of their own. If homeownership feels like a distant dream, there are a few ways you can lower your rent to help you save. Consider living in larger house shares. As a general rule, the bigger the property the cheaper your rent and bills are likely to be.

“Living as a lodger can also save you money, as lodger rents are usually cheaper. We’re increasingly seeing young professionals who have managed to get on the property ladder choosing to rent out their spare rooms to make ends meet, so, in many cases, living with your landlord won’t feel any different from living in a flat share.”1