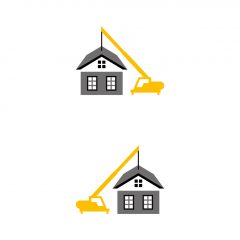 UK holiday lets are increasing in popularity for Brits, as climate change continues to be at the forefront of concerns in 2020.

The agency highlights that in June last year the UK become the first first-world country to pass laws that should end its contribution to global warming by 2050. The new target is to bring all greenhouse gas emissions to net zero by 2050, compared with the previous target of at least 80% reduction from levels in 1990.

Part of this effort includes the Government’s initiative to improve the eco-friendliness of house-building through cleaner heating (the Future Homes Standard), which should come into force by 2025.

“This is thanks largely to the likes of David Attenborough, Greta Thunberg and Extinction Rebellion, who continue to keep the issue firmly on the agenda while forcing many of us ordinary people to ask questions about our own energy use and carbon footprint.

“For anyone in the market for a holiday home in the new year, buying an eco-friendly property in the UK and letting it to the domestic market, so guests don’t need to travel far, makes a lot of sense.”

One particular game-changing development in the UK’s furnished holiday lets market is the growth of modular construction methods. UK Housing Minister Esther McVey has recognised the benefits, commenting during the MIPIM London property event last October: “Industry has told us some homes built using modern methods can have 80% fewer defects and heating bills up to 70% lower. Homes built using modern methods can be of higher quality, greener and built to last. I want to see a housing green revolution.”

Mr Walker comments: “Modular homes’ green credentials start before they’re even built. And they continue for decades, even centuries, after they’re built. Not only through saving on energy bills, but by the fact they encourage UK tourists to travel less, thereby reducing not only the owners’ but the nation’s overall carbon footprint.”

The agency says that part of the eco-friendliness of modular holiday homes is down to construction. They are built according to specific measurements, significantly reducing the amount of waste during construction compared to traditional building methods.

In addition, the speed and ease with which they are constructed means fewer man hours are required during the build process, resulting in a reduced carbon footprint from travelling to and from the site.

Finally, they highlight that, once built, innovative design and cutting-edge insulation materials mean homeowners can expect to pay much lower utility bills, typically around 60% less than traditionally built properties. It also means that the most modern modular homes are built to last longer than traditional homes, typically hundreds of years.

Do you own a furnished holiday let built using modular construction methods? If so, have you noticed a difference in utility bill costs? 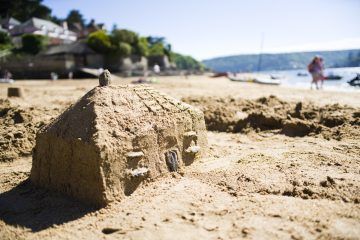 The fallout of Brexit, improving transport links and an expanding holiday home market are all reasons why the county is so popular.

Survey results from a leading high street bank show that 31% of British ‘staycationers’ planned to visit Cornwall this year. This makes it the UK’s most popular region.

More than half of those surveyed (52%) said they would take most or all of this year’s holiday in the UK. 31% responded that they intend to spend more time in the UK than in previous years.

Spot Blue points out that another survey by a leading rental company reveals that 66% of British people enjoyed a staycation last year. This represents a 10% increase compared to 2017.

Mr Walker at Spot Blue International Property comments: “Evidence points to British people being spooked by both the weak pound, pushing up the costs associated with overseas holidays, and the fear of possible travel disruption once they can no longer travel as EU citizens.

“The natural response of many is to choose the safety of the UK for their annual holidays, helped by the recent warmer summers. Already a popular costal destination with famous beaches and popular towns like Padstow, Newquay and St Ives, not to mention the Eden Project, Cornwall is well placed to benefit from this trend in 2019 and beyond.”

Tourism in Cornwall is also largely benefitting from improved air access. The county is home to the UK’s fastest-growing airport. During the 2018-19 financial year, 461,000 passengers passed through Cornwall Airport Newquay, making it the fifth consecutive year of growth and best year ever for the airport.

New or improved routes coming in 2020 include Glasgow, Aberdeen, Norwich and Newcastle. These complement the airport’s existing services to other regional UK airports, as well as its popular London Gatwick and Manchester services.

For those of you investing in holiday homes in the UK, don’t forget to make sure you have the right insurance to protect your property. Just Landlords provides 5 Star Defaqto rated UK Holiday Home Insurance, providing a comprehensive level of cover.