The amount of properties in the UK that cost £1m or more is expected to more than triple by 2030, according to research by Santander Mortgages.

At present, less than half a million homes in the UK are valued at £1m or more, but this is set to increase to over 1.6m properties in the next 15 years.

Santander, alongside economist and the London School of Economics’ Paul Cheshire, studied the future of the UK property market, focusing on £1m-plus homes and what fuels house price growth.

The Property Millionaires: The Growing Housing Divide report found that by 2030, 25% of housing stock in London will be valued at £1m or more, reaching 70% of all homes in two London boroughs.

While 7% of properties in the South East are set to cost £1m or more by 2030, less than 1% of homes in the North East, Yorkshire and the Humber, the North West, Scotland and the East Midlands will hit the same value, highlighting a clear geographical divide. 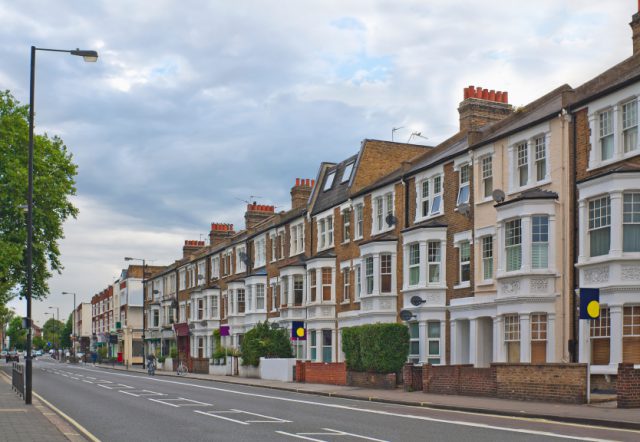 In 15 years’ time, the average UK house price will have almost doubled and surpassed the half a million pound mark, at £557,444.

While house prices are expected to spiral, forecasts suggest that incomes will not keep pace, causing an overall decline in affordability.

Currently, the average UK property price is 7.9 times the average wage. However, by 2030, it is expected to reach 9.7. Again, this trend will be more prominent in the capital, where prices are currently 11.5 times incomes and are predicted to increase to a huge 16.5 by 2030.

The Managing Director of Mortgages at Santander UK, Miguel Sard, comments: “Property price inflation will tip many existing homeowners into the million pound price bracket, but could also price some aspiring buyers out of the market if they don’t have the right support.

“The current property market is buoyant and the deals available to new and existing owners are extremely competitive, so those wishing to buy or move shouldn’t be put off.”1

Properties on ‘Lanes’ most expensive

Interesting new research from Barclays Mortgages shows that properties located on ‘Lanes’ are typically much more expensive than those located on a, ‘Street.’

Data from the report indicates that properties situated on Lanes are valued at £100,000 more, with findings generated by market specialists Hometrack showing that the first line of an address can help to ascertain the value of a home.

Results from the investigation show that homes located on ‘Lanes’ averaged £245,906 in value, 22% more than the national property average. It was more of a case of streets behind as opposed to ahead, with properties on ‘Streets’ averaging £142,374, 42% lower than Lanes.[1] 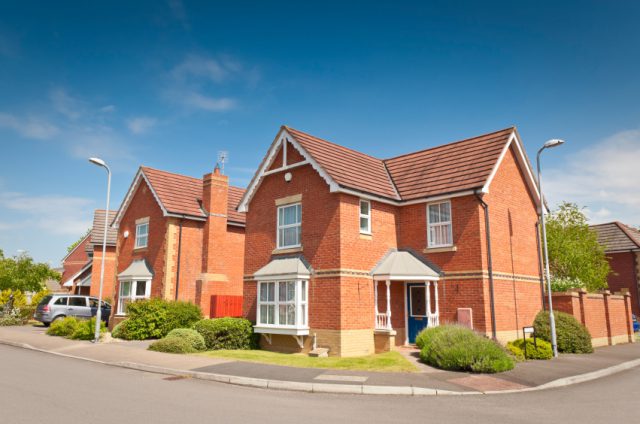 Properties on ‘Lanes’ most expensive

The data also shows that regionally, there is some significant variation, with the largest divide in cost between street name prices evident in the South East. Properties in this region located on ‘Lanes’ are £137,145 more expensive than those on ‘Streets.’[1]

Craig Calder, Barclays Director of Mortgages said that the data shows, ‘the last few years have been incredibly buoyant for the housing market and economy, and this is great news for buyers and sellers across the nation.’[1]

‘While this data paints a clear picture of victory for ‘Lanes’ in the competition between properties, it’s interesting to see the varying statistics from around the country and a huge growth in value overall, ‘ Calder continued. ‘If you are considering buying a property, no matter the address, we encourage you to speak to your mortgage advisor on the best options for you,’ he added.[1]

Home values rise by £7k in first half of year

New data from Zoopla indicates that house prices across Britain increased by nearly £7,000 during the opening six months of the year. This rise was equivalent to 2.7%.

Research from Zoopla suggests that all regions of the UK experienced some property value growth in the first half of the year, albeit at different rates. Scotland recorded the highest rate of growth, with property values increasing by 6.6%. The average value of a home north of the border is now £183,230.[1]

The next best performing areas were the North West and North East of England, where prices rose by 3.1% and 3% respectively. However, Wales was the worst performer, with an average property price rise of just 1% over the period.[1]

When looking at the top 50 largest cities in Britain, Scotland again performed well, with Edinburgh recording the largest price growth of 8.2%, representing a £20,465 increase of a property price in the city. Aberdeen came in third with a 6.4% rise over the six months, behind Colchester with 7.6%.[1] 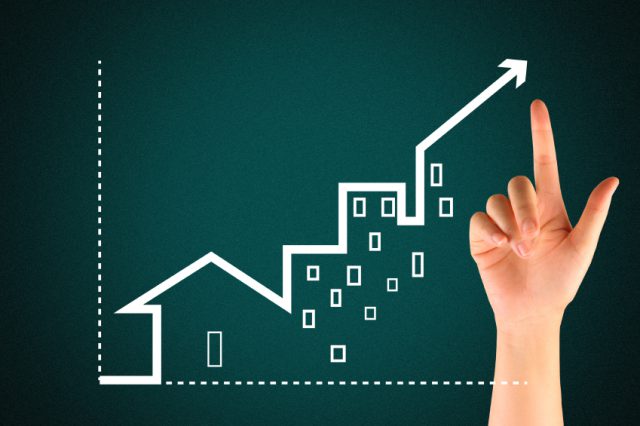 Home values rise by £7k in first half of year

Lawrence Hall of Zoopla said, ‘while national property price growth saw a slow start to the first half of the year, it recovered strongly towards the end of the period.’ He feels that, ‘the strong regional figures across the board indicate an economy which is returning to health, with a series of Government incentives designed to encourage home-buying helping to boost demand for property in all parts of Britain.’[1]

Hall believes that, ‘the real winner here is Scotland. The surge in property values can, in part, be explained as a post-referendum bounce, as businesses a capital flood back to Scotland, after withholding investment during the volatile September referendum period.’[1]

Concluding, Mr Hall stated, ‘a post-General Election feel-good factor must not be discounted as more devolution promised has given property prices a bounce as Scots anticipate more jobs and investment coming their way.’[1] 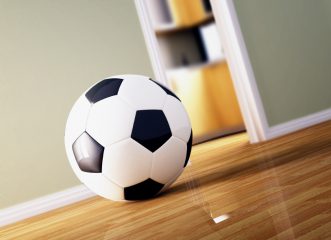 With the start of the new Premier League season less than three weeks away, Raheem Sterling sitting atop a mountain of cash and dream team managers frantically honing their squads, an online estate agent has moved to assess the form in the Premiership property table.

eMoov.co.uk has looked at the average house prices in the twenty locations that make up the teams in the top flight. The results make for interesting reading, with a number of surprise results on the videprinter.

The traditional curtain raiser for the new season will once again be the Charity Shield, where Chelsea and Arsenal will kick-off proceedings. Unsurprisingly, these London giants have the two most expensive house prices in the Premier League figures.

Just as in the last campaign, Chelsea top the table, with average property prices in the SW6 postcode area at £1,137,550. However, a poor run of home form has seen these prices slip by 5% from the start of last season. On the other hand, property around the Emirates Stadium, home of Arsenal, has increased by 6%. Chelsea is unlikely to be feeling the pressure though, with a £600,000 cushion.[1]

Tottenham fans will be buoyed with the news that they are at least able to command third-position in one league, with property surrounding White Hart Lane climbing in value by 6% over the same period, to an average of £312,410. With a new ground on the horizon and with Seven Sisters tube station potentially part of the Cross Rail 2 development, Spurs could soon overtake their great rivals, at least in the property market.[1]

London clubs make up the entire top-six, with West Ham fans rubbing their eyes at the sight of themselves in 4th position. Average house prices here are £306,451, having risen by 7% since last year. A move to Olympic Stadium imminent, the Hammers could be particularly happy further up the league.[1]

Their ground may be known as the Theatre of Dreams but Manchester United languishes in mid-table in the property Premier League. However, rich neighbours Manchester City are close to the relegation zone in 16th position. What’s more, United has experienced marginally more property price growth since last season, with 4% in comparison to City’s 3%.[1]

Rivalry in the West Midlands sees West Brom once again finish higher than Aston Villa. Property prices around The Hawthorns stand at £131,398. In comparison, prices around Villa Park stand at £101,674, which sees the Villains in their familiar position just above the relegation zone…[1] 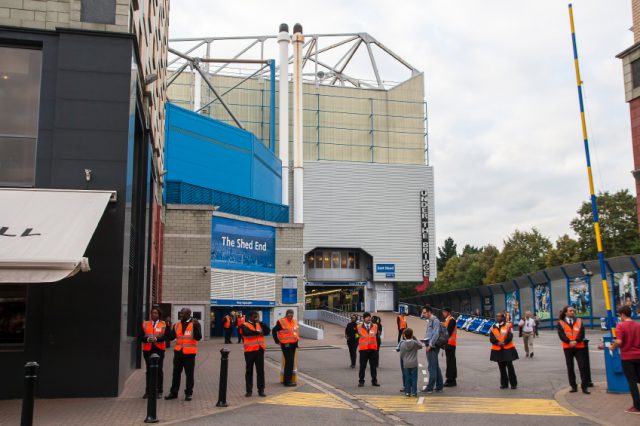 The newly-promoted clubs find themselves in positions that they could only dream of come the end of the next football season, with Watford in 5th, Bournemouth in 7th and Norwich in 11th position respectively. Championship winners Bournemouth in particular have plenty to be optimistic about, if the success of their neighbours Southampton is anything of a benchmark. Their south coast rivals have experienced a 5% increase in property prices over the last year, a total only outdone by a few London clubs.[1]

There was however, bad news for both Merseyside giants, with Liverpool and Everton jointly propping up the table. Average property prices around both grounds were found to be £72,873, representing just a 1% increase.

The full table reads as follows:

Russell Quirk, founder and CEO of e.Moov.co.uk, said, ‘although the top two make for familiar reading, it’s interesting that a successful, wealthy Premier League club doesn’t necessarily translate to a thriving property market in the surrounding areas. I think in terms of property, West Ham and Tottenham are the ones to watch.’[1]

‘The developments in terms of location and transport infrastructure should see prices in both areas boosted as a result,’ he added.’[1]