Yesterday saw the Government give its approval to a third runway to be built at Heathrow airport.

Transport Secretary Chris Grayling hailed the decision as, ‘truly momentous,’ believing that trade and employment will soar massively as a result.

However, the controversial ruling has split the Cabinet. Foreign Secretary Boris Johnson has labelled the move as ‘undeliverable.’ Education Secretary Justine Greening, with a constituency in South West London, has also been critical of the move.

But just what will the proposed changes mean for the housing market in the region?

783 properties will have to be demolished, affecting numerous housing markets across South West and some parts of prime central London.

During the past decade, prices in Hillingdon, where Heathrow is based, have increased by 77%. However, eMoov CEO Russell Quirk feels the decision could lead to a drop of at least 20% for some property prices in the capital.

Of course, those properties in the surrounding regions will be worst affected, but Mr Quirk also foresees issues for homeowners in Richmond, Westminster and Hammersmith and Fulham.

Quirk observed that the move is, ‘Great news for the UK economy and indeed those that frequently fly out of London for both business and pleasure. This decision has been long overdue and it’s a welcome conclusion and probably the best result for London as a whole.’[1]

On the other hand, he feels the news is, ‘Not such great news for the hundreds of residents that will see their properties demolished as a result of the expansion of a third runway.’ In addition, Quirk sees the news as, ‘Even worse for homeowners in Hounslow, Kew, Windsor, Maidenhead and other surrounding areas who are likely to see the value of their property blighted, as a result of a lengthy construction process and ongoing noise and air pollution.’[1]

Continuing, Mr Quirk noted: ‘No one in their right mind could find a property desirable if that property sees jumbo jets hurtling past at all hours of the day and night, rattling secondary double glazing and leaving the faint aroma of jet fuel lingering in the air.’[2]

‘Although the expansion will mean great things for London and the economy, it could see house prices in those areas worst affected by the noise and air pollution plummet by as much as 20% as a result. We aren’t talking a month or two of minor road works, this is a seriously large project with ongoing, permanent implications for those impacted by it. A fall in value of 20% is a very realistic expectation given the negative impact noise and air pollution can have to a property’s desirability and we could see the average house price in the likes of Hounslow and Hillingdon sink to around £330,000,’ he concluded.[2] 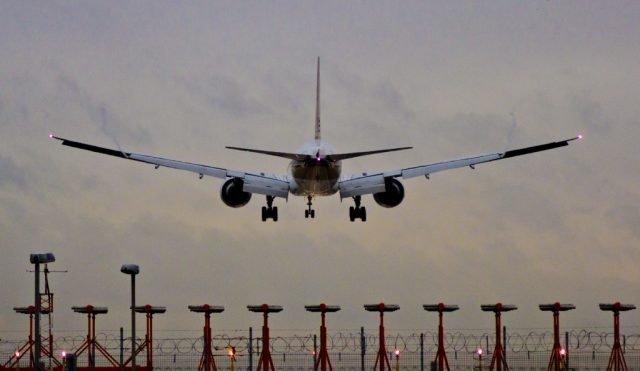 Mark Hayward, Managing Director, National Association of Estate Agents, observed: ‘Today’s decision by the Government is likely to have a negative impact on house prices in the immediate vicinity of Heathrow. However, alongside today’s announcement, the Government has also released details of a fresh consultation, while the threat of judicial review still remains high. This means homeowners that will be impacted by the extra runway should not rush into making knee-jerk decisions, as they have time to assess their options.’[3]

‘In addition, the Government has confirmed that homeowners facing compulsory purchase will receive 125% of full market value for their properties, plus stamp duty, legal fees and moving costs. While a person’s home is much more than bricks and mortar, it is vital that the Government honours this commitment to ensure that those impacted are offered some financial security for the years ahead,’ he added.[3]