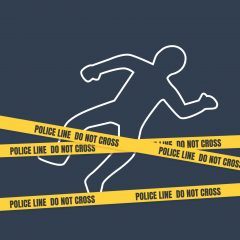 Just in time for Halloween, another report on spooky issues likely to frighten off potential house buyers has been released!

Creepy neighbours, residents who have died, rumours of haunting, and unlucky house numbers are just some of the spooky reasons for rejecting a house, according to research from first direct.

Nearly half of all house buyers claimed creepy neighbours would convince them to pass on a property, while one in five admitted that a death in the house would send shivers down their spine.

These results come from a survey of 2,000 people looking into the darkest deal-breakers when it comes to buying a house.

Inappropriate street names, ‘bad energy’ and relationship breakups also made the list of the top terrors when looking for a new home.

The results of the survey also revealed:

Joe Gordon, Head of first direct, said: “It would appear that as house buyers we are pretty easily spooked by anything out of the ordinary, especially if we’re buying for the first time. But it’s amazing how much this drops the longer we’re on the housing ladder.

“One thing is for sure. We all know the value of having really good neighbours, but if yours are a bit closer to the Addams family than the Brady Bunch, you might find they’re responsible for putting the morgue in mortgage when it’s time for you to start looking for a new home!”