Living on a Lane Drives Up House Price 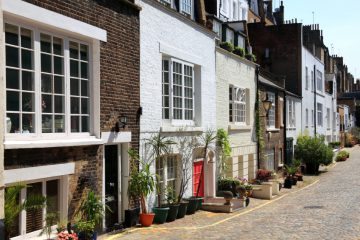 Homes that have an address with the word lane in it are worth a fifth more than the average house price, according to new research.

Living on a Lane Drives Up House Price

Homes with an address containing the word way are the next most valuable, with an average price of £218,742. This is followed by properties with the word road in their address, which are generally worth £212,717.

The research also revealed that homes with drive or street in their address have the lowest prices, at £191,675 and £142,374 respectively.

Naturally, there are exceptions to the rule, depending on where in the country the property is. For example, in London, a house on a lane is worth £414,122 on average, whereas a property on a street is worth significantly more at £566,406.

Addresses with the word road in command the highest prices in Northern Ireland, at an average of £148,519.

The average house price on a lane has doubled from around £123,000 in 2001, but property prices in all categories have risen substantially in the past 15 years, Barclays Mortgages states.

Director of Mortgages at Barclays, Craig Calder, says: “While this data paints a clear picture of victory for lanes in the competition between properties, it’s interesting to see the varying statistics from around the country and a huge growth in value overall.”1

The following are the average prices of homes with these words in their address:

The most recent research from the Halifax has shown how different property types have...

The southeast London district of Dulwich has been named the capital’s hotspot for h...