Landlords across Nottinghamshire are concerned that new Government legislation will lead to them facing large Council Tax payments for unoccupied properties.

At present, taxpayers are exempt from Council Tax payments in the first six months that their property is empty. From this April however, changes in legislation will allow local councils’ discretion to make their own decisions in regards to agreeing to any discounts.

Nottingham City Council is one council that plans to abolish all Council Tax breaks for empty, unfurnished homes, with other councils in the region planning to greatly reduce the discount. In another potentially expensive move, Nottingham City Council plan to charge 150% to landlords whose properties have been unoccupied for in excess of two years.

It must be noted however that exemptions will remain for certain circumstances, such as tenants requiring hospital treatment or residential care.

Matthew Evans, a property owner planning on renting out his house in the Forest Fields district of the city, said that he had not factored in any additional costs. Evans said: “Hopefully I’ll be able to rent the house out easily enough, but if it takes a couple of months I will now be left with not just the mortgage to pay but also the Council Tax bills.

“I understand that houses should not just sit empty for months on end but this is also going to affect people who are just trying to quickly sell or rent their own homes, which can be hard enough as it is.”[1] 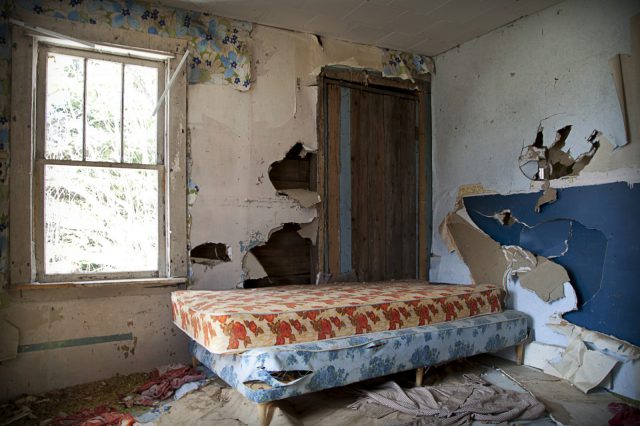 Private landlords with a larger property portfolio have also voiced their concerns over the changes in legislation. One portfolio owner said that he was disgusted by the changes and said his company were “immediately thinking about leaving the market.”

He went on to say: “We have properties of outstanding historical interest or are listed that neither the City Council nor County Council could afford to restore. We want to restore those properties and you don’t just let to the first tenant that applies.

“These properties take about four months to let. We think we’re doing a social service here by keeping the heritage of Nottingham going and we are being heavily penalised for it.”[1]

Nottingham landlord Shad Ali, member of landlord group East Midlands Property Owners, believes that the imminent change in legislation is not the answer to the problem of empty homes. Ali said: “We don’t think it’s going to address the issue of derelict houses and empty properties because many of the properties need investment and have been empty for a long time.”[1]

East Midlands Property Owners suggest that the cost of repairing the standard empty and unfurnished property, “could be about £15,000 or £20,000.” It believes: “If landlords are going to be charged Council Tax on empty properties in between tenancies these charges will only be put back onto the tenants, therefore increasing rents.”[1]

Categorically, the group said: “This policy will only lead to an increase on rents at a time when rents should be kept to a minimum.”[1]

Nottingham City Council has argued that their proposed changes in empty property Council Tax discount will produce an additional £2.6m per year. This, they state, will be used to help tenants on low incomes.

The Council is also setting up a support scheme. This will say those who do not currently pay Council Tax due to low income will have to pay 8.5% in the coming year.

Deputy leader of the council Graham Chapman said that their scheme was favourable compared to other councils. He said on the reductions: “It’s a national initiative from the Government, it’s a way they have proposed to offset the reductions in Council Tax benefit and we’re taking advantage of it because the alternative is to make some poor and disabled even poorer.

“Secondly, one of the most intractable jobs we have in the city is caused by empty homes. Thirdly, the biggest landlord in the city that will have to pay these bills is the council itself.”[1]

Residents are being advised to contact their local council for full details of the changes in their area.