Around 70% of companies expect rents to increase in the next 12 months, with only 3% predicting them to drop.

These figures arrive from a survey conducted by the real estate team at law firm Irwin Mitchell, of senior decision makers at over 250 businesses around the country.

Most of those questioned, 87%, said that they will stay in the same premises in the coming year, but more than 13% plan to relocate or buy more space. None of the companies are planning to reduce their space, indicating a general sense of confidence in the economy.

However, the data could signal that businesses have to stay in the same buildings because of a shortage of alternative space. It has also been observed that companies are using their current space in a more efficient way due to rising rents.

Firms were also surveyed on their opinions of business rate reform, with more than 50% unsure if it would make a difference. Over 30%, however, believe it will have a positive effect on their businesses.

The Second Survey of Office Occupiers also studied the businesses’ views of the most appealing regions of the UK for their company. London received the majority at 55.2%, followed by the South East generally at 12.9%. 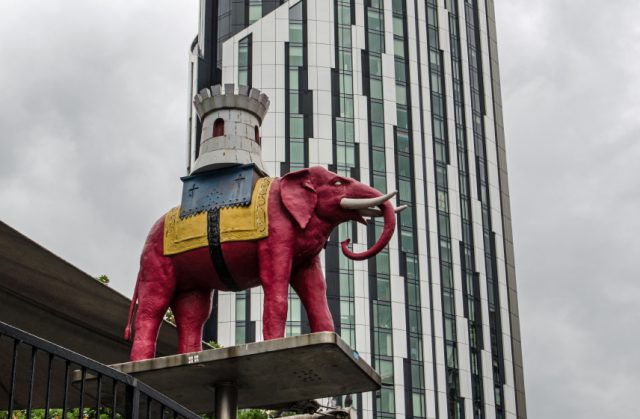 The next two most popular spots were the Midlands and North East, similar to results six months ago. The South West was one of the least attractive places with just 4%. Scotland and Wales were included in the research for the first time, and both beat the South West. Just five companies are looking to go abroad, but there was no overall answer where this would be.

For those that stated London is the best place for their business, Irwin Mitchell asked which area of the capital is the most attractive. The City came out on top, with 46%, followed by the London suburbs at over 16%. Companies may find that they must move out of central London for the best prices.

These parts of the capital are being redeveloped at present, with large residential projects and commercial investment. Read more about some of the developments: /londons-new-developments-with-on-site-schools/.

The West End got the lowest percentage of the vote, possibly due to its expense. Rents here can be well above £100 per square foot and there is a lack of supply on the market.

Businesses were asked what features they are most interested in, and those voting for London put affordability at the top, with over 50% of the vote. Regional city centres followed at 22.6% with out of town business parks coming next at 16.3%.

10% of those surveyed said they would be interested in a high profile London building – such as the Shard or Gherkin – potentially because of the high media coverage they receive.

The firms were also asked to give their views on landlords. Although companies generally rent space, more than 75% do not think landlords offer sufficient flexibility to occupiers. Six months ago, Irwin Mitchell found this was just 25%.

Regarding the new Conservative Government, the companies were asked what it should do about business. 62% would like to see the housing shortage improved and 56% put tackling business rate reform as a priority. 44% want infrastructure and transport to be developed and 42% put facing environment and climate change at the top.

A mansion tax was the lowest of the top priorities, with more people putting it lower than any other issue. Challenging the north-south divide was important to 30%.

“More and more businesses are therefore taking the decision not to move and to use existing space more efficiently. Companies are squeezing everything out of the space they have, from buying smaller desks to reducing the size of meeting rooms.”1

London Head of Real Estate, Rob Thompson, adds: “Our survey also shows that despite rents being forecasted to rise, support for London has not diminished, particularly in the City and its fringes. But as the new schemes on the South Bank and Elephant and Castle, and similarly in King’s Cross/Old Street, reach fruition, we are going to see a very different London from the one of five years ago.”1