Social housing tenants in the northwest London borough of Harrow could be offered financial incentives to move to another country.

Harrow Council have revealed that they could make offers of up to £20,000 to tenants who are “already considering moving abroad”, insisting that it would be “entirely their choice.”1 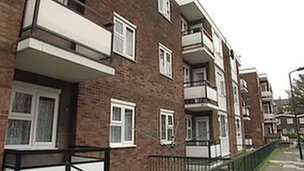 This was just one option presented to council tenants and leaseholders, at a meeting aimed at finding ideas to free up housing stock.

Other possibilities mentioned were moving tenants into smaller properties, or into private rental sector homes.

The Council states that they have 5,000 houses, which is one of the smallest housing stocks of social housing in the capital. However, they say that the ideas are at a “very early stage.”1

Bob Currie, councillor and portfolio holder for housing, says: “One idea was the possibility of offering an incentive to tenants already considering moving abroad; for example to retire, or to move nearer to a relative.

“It would only be offered to people considering a move away and it would be entirely their choice.

“Many different cash incentive schemes are being considered in order to free up vital housing stock.

“It must be stressed that there is no commitment to introducing any of the schemes at this time.”1