Should You Buy in Streatham? 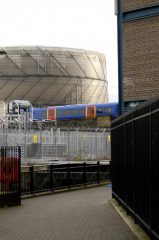 Located five miles from central London and bisected by the busy A23 road, Streatham is an up and coming part of South London.

Over ten years ago, Streatham High Road was named Britain’s worst high street. But now, millions of pounds have regenerated the area. Should You Buy in Streatham?

The Streatham Hub development was delayed for many years, but the joint project between Tesco and the local council delivered a Tesco superstore, over 200 new homes and a replacement swimming pool and skating rink near Streatham Common.

The area has been subject to gentrification as those priced out of Clapham, Balham and more recently Brixton, have searched in Streatham for bigger family homes.

The area boasts a mixture of Victorian, Edwardian and interwar homes, which are detached, semi-detached and terraced. Additionally, there are large blocks of 1930s flats in the Streatham Hill area. Pullman Court is a modernist block designed in 1936 by Sir Frederick Gibberd.

Estate agent Gabriel Cunningham, from the local branch of Dexters, says that prices have increased substantially in the last 18 months. Due to several new build developments, prices per square foot have risen to between £600-£700 and sometimes up to £800.

The London to Brighton road, the A23, runs through Streatham.

There are 14 bus routes through central Streatham, including services to Westminster, Oxford Circus, Marble Arch, London Bridge, Liverpool Street and Kingston upon Thames.

Cunningham notes that buyers are arriving from Dexters’ other branches in Battersea, Clapham, Fulham and Putney. Investment buyers are even coming from the Far East.

The rental market is thriving, popular with young professional tenants and investors. One-bedroom flats typically earn a rental yield of 5% per year.

The Streatham postcode is SW16, but some parts of Streatham Hill are in the Brixton postcode, SW2.