Tags: jail for squatting,squatting a criminal offence,squatting in residential property 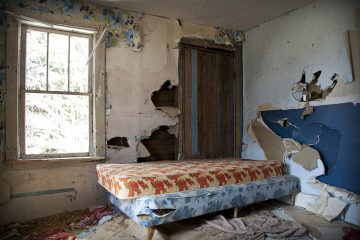 It is now a criminal offence to squat in residential properties; however, enforcing the law may not be simple.

Supporters of the new legislation to forbid squatting in residential buildings throughout England and Wales would like to see the laws expanded to include commercial buildings. Those against the regulations believe that there is not enough proof that the laws are needed.

Despite the legislation only being in place for a few weeks, both private landlords and local authorities have used it against squatters.

By analysing the sentencing of the first person to be found guilty of squatting in a residential unit, we can determine how the courts may find it difficult to impose their power on this issue. This case was rather simple. However, definitions relating to the offence may make it harder for other offenders to be convicted.

1977 saw the Criminal Law Act and Protection from Eviction Act, which made it illegal to threaten or use violence to enter a property where someone is present and resists the entry. Landlords found it difficult to physically remove trespassers on their property after this, and as a result, expensive and slow civil solutions have been the only options for eliminating a squatter.

In empty buildings, squatters have been protected against removal. This has led to people not realising that squatting is already an offence in certain circumstances. These include cases where a squatter’s presence affects the rights of an existing tenant or lawful occupier.

The new laws provide more protection to residential landlords who may have void periods within their properties.

The new legislation comes in section 144 of the Legal Aid, Sentencing and Punishment of Offenders Act 2012. It is now illegal for an individual to enter a residential property, knowing that they are trespassing. The police can arrest and remove trespassers, given the trespassers’ intention to live in the building.

From a landlord’s viewpoint, the usefulness of the act could be restricted by the loose term of a squatter. The laws also do not apply to previous or current tenants who have not paid their rent, or have remained in the property after the tenancy ends. Landlords may have hoped to use the legislation to evict these tenants, but this is not the act’s purpose.

It may additionally be problematic for the police to define whether the trespasser is a squatter or a tenant. This may halt the police’s involvement in these cases.

Regardless, the 12-week jail sentence given to the first squatter convicted is a positive move for landlords. However, it is believed that future cases may not be as straightforward. This squatter was only arrested after police arrested them for a different offence. When they gave their address as the illegal residence, they were found to be squatting.

Regular squatters quickly acquire the skills in avoiding arrest and will be confident in dodging the new laws also. Squatters could say that they are staying in an attached commercial unit or declare that they are the victim of a fraudulent letting. In these cases, the police may find it tough to make an arrest.

The first conviction has proven the court’s confidence in these cases, although there are many controversial parts of the legislation that could avoid effectiveness.