The Rise of the Live-In Landlord 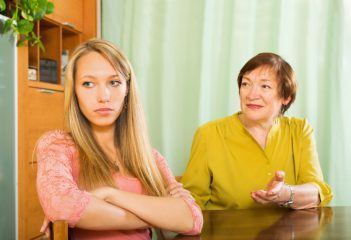 The amount of live-in landlords offering rooms to rent in the UK is on the rise, but how does this compare to ordinary buy-to-lets?

Lodgers can change the dynamic of sharing a home – who decides when the heating comes on? Who controls the TV? How many showers should someone have a day?

In an ordinary flat or house share, all of the tenants are equal and the landlord is not usually involved too much. However, if your housemate is also your landlord, an immediate power imbalance arises.

And it’s not just the rising number of lodgers that have the issues, many landlords face difficulties too.

Research from insurance firm LV indicates that the amount of people in Britain renting a room almost doubled from 1.4% to 2.7% between 2009-14, charging an average of £3,003 per year.

And the trend is set to soar. From April, homeowners letting a room in their house will be able to earn up to £7,500 a year without paying income tax on it. This is up from the current £4,250 limit. Meanwhile, buy-to-let landlords face higher Stamp Duty and reductions in tax relief.

Traditionally, lodgers are young, single people looking to rent a room while they study or start their career somewhere new. 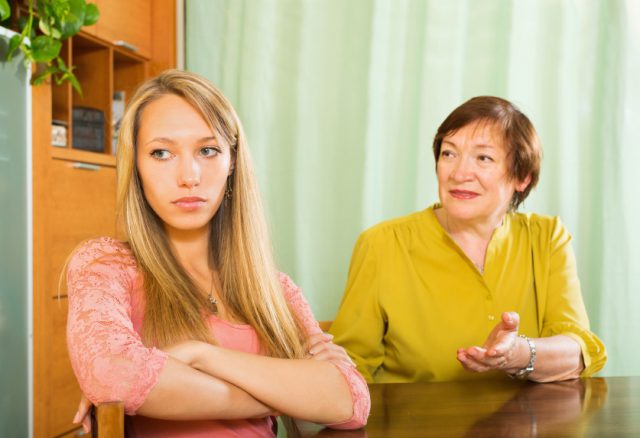 The Rise of the Live-In Landlord

However, lodging now occurs more often when someone has bought or rented a home and lets or sub-lets a room. This can help with expensive mortgages and sky-high rents.

Financially, lodging can benefit both parties. But what about living conditions?

The arrangement doesn’t work for everyone. Emma was once a weekday lodger, living with a mother and daughter in Eastbourne while she studied. “It was made clear that I was not allowed in the kitchen to cook at certain times,” she recalls.

She continues: “Although my daily routine was regular, in that I left the house at the same time each day, they would often occupy the bathroom at the exact time I would need to shower before leaving.”1

With the landlord as her housemate, Emma felt that she couldn’t complain.

It can be difficult for landlords too, though. Katy is a married mother of two from London who has rented out a bedroom in her house for eight years.

She explains the importance of finding the right lodger: “We’re not a particularly tidy family and some people just can’t handle that.

“We once had a lodger who was very meticulous and used to use the washing machine every single day. Whenever we left anything out, she would wash it up and clean up. It was overwhelming.

“Then we had another lodger who spent quite a lot of time on his bed smoking dope, as far as I could see.”1

LV’s study, conducted by PCP Research, found that one in five live-in landlords have come home to find appliances left on unattended, such as ovens. One in six have found windows left open.

Additionally, tension can arise as lodgers have fewer legal rights than other tenants. It is easier for live-in landlords to evict lodgers, needing only reasonable notice, rather than a possession order from the court.

But issues can be resolved much easier, as landlords see more of their tenants.

As this practise is on the rise, as are extreme cases involving lodgers. The news has been full of shocking stories that may put any prospective live-in landlord or tenant off!

In October, 22-year-old Jesse Harper was convicted of the manslaughter of his landlord, Joanna Doman. He threw her down the stairs of the home in Bath after she confronted him over his habit of taking two baths a day.

And last year, Neil Lewis, a landlord from Colchester, Essex, was fined for drowning his lodger’s cat after it knocked over his model aeroplane.

However, there are many happier experiences for lodgers and live-in landlords. In 2006, David Soane offered to donate a kidney to David Clark of Swadlincote, Derbyshire, who he had lodged with several years before.

And Niamh Carroll became romantically involved with Samuel Cooper, who had rented a room in her flat in Sutton, Surrey.

Indeed, some homeowners let their spare rooms to avoid loneliness.

Dak Kopec, Director of Design for Human Health at Boston Architectural College, says that searching for a lodger simply for company isn’t the most reliable way of finding a good tenant, as the relationship is fundamentally financial. However, he believes that the landlord and renter should have shared world views, including political, social and ethical.

Kopec says that having something in common is especially important when two people are living in cramped conditions.

He explains: “The owner will want to exercise a degree of territorial control. If both they and the lodger like cooking, but in different styles or at the same time, the one who thinks they have the power might tell them it’s ‘their’ kitchen. The person renting might feel obliged to stay in their room.”

And if there’s a personality clash, “it could end in disaster,” warns Kopec.1

Director of SpareRoom.co.uk, Matt Hutchinson, says that the key to avoiding arguments is to be upfront with each other before the lodger moves in.

“It’s easy for both people to think they understand the dynamic without having really discussed anything. When anything contentious crops up, it can then be a problem – simple things like whether it’s okay for the lodger to have their partner over to stay and, if so, how often, can cause resentment.”1