Two rundown council houses in Southwark, South London, bought by a property investor in 2013 are set to sell for over £3m each.

When 21 and 23 Park Street, Borough were sold, it was named the most expensive ex-local authority sale in history. The investor purchased the properties for £2.96m.

After an 18-month renovation by Camu & Morrison, the first house is back on the market, priced at £3.35m. 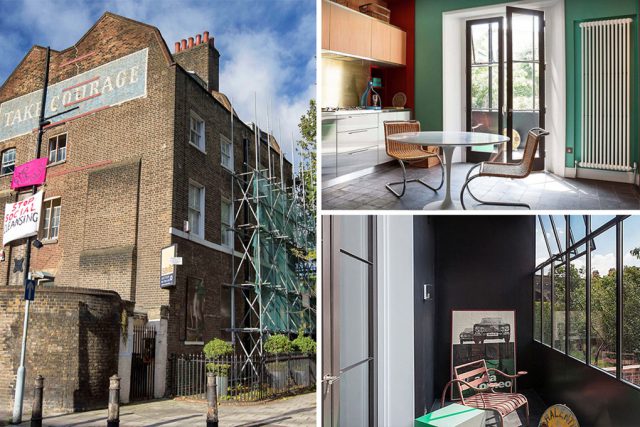 It is believed that the second home will be put on the market soon. If both properties sell at asking price, the investor will have doubled their money.

Demonstrators from campaign group, Housing Action Southwark & Lambeth, briefly occupied the Grade II Listed building, stating that the Council was involving itself in social cleansing by selling off council homes to developers, who are creating top-end homes for wealthy buyers.

Southwark Council says that the money raised will build around 20 new council homes in the borough.

He continues: “Rather than spending hundreds of thousands of pounds on refurbishing just two homes, this money has allowed us to invest in our council homes.

“Southwark has an ambitious plan to build 11,000 new council homes for our residents, with the first 21 opening in Bermondsey very soon.”1

The Council sold the Park Street properties in a state of serious disrepair after years of neglect. They were placed on English Heritage’s at-risk register and were held up by scaffolding.

The homes are in an ideal location, close to Borough Market, the Shard and Bankside.

The four-bedroom townhouse now on the market, built in 1830, is being marketed by agent Domus Nova, which describes it as having undergone “one of the most comprehensive and unique rebuilds and refurbishments in recent years.”

The description adds: “This brave and playful home oozes creativity and personality throughout. This Georgian home will engage every sense, combining striking colourful details and textures with well-balanced architectural references throughout.”1

The Mayor of London, Boris Johnson, has set up a register for Londoners to sign up to...