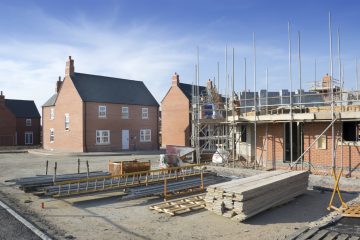 The Government must implement a long-term strategy to solve the current housing crisis, according to Building Societies Association (BSA) Chief Executive Robin Fieth.

At the launch of the BSA Conference in Harrogate this week, Mr Fieth challenged the new Tory Government to come up with a long-term strategy in order to combat the housing issues. Additionally, he announced two new BSA housing programmes. These were lending on new types of construction and lending into older age.

Speaking at the conference, Mr Fieth said that, ‘solving the housing crisis in the UK will require action from multiple organisations and agencies. The single most important thing that our new Government can do for housing in the early days of this Parliament is to set in motion a long-term plan based on national and regional demographics, infrastructure, employment and environmental concerns.’[1]

He continued by saying, ‘clearly we need to build houses, 200,000 a year in England alone.  Last year the total built by the private sector was less than 94,000¹.  The last time we built more than 200,000 new homes in a year was back in 1968.  With our top five builders estimated to be able to satisfy only 30% of this demand, it is essential that multiple other builders, plus Housing Associations, Local Authorities and individuals interested in self or custom-build are also able to build.’[1]

Mr Fieth also said that his company is committed to embracing modern technological advances to ensure homes are built to the highest possible standard. He stated that. ‘this year the BSA is going further with a programme designed to increase the availability of mortgage finance for homes built using modern construction methods and materials.  This applies particularly to off-site modular construction, a method currently niche that is substantially quicker than standard brick and tile construction.  It is not yet well understood by the lending community.’[1] Another issue that Fieth was keen to address at the conference was the fact that more needs to be done in order to finance and accommodate for those in older age. Mr Fieth said that, ‘as a society we are getting older, a recent survey from NESTA reported that we are living five hours longer every day!  Financing older age is one of the critical social issues of this century.  Part of this is reflected in the fact that people who need to borrow close to or in retirement face some real challenges. This is partly due to the bedding down of new mortgage regulation, but is no less real for that. The building society sector already tends to adopt a more flexible approach to age than other lenders, but there is more to do. Given the size of the older demographic societies serve, working to solve this challenge is natural territory for mutual lenders. There is a way to go, but the BSA and its members are working now with Age UK and others to start to tackle this issue.’[1]