Love Actually Cast Reunites for Red Nose Day, but how have their Properties Fared?

To celebrate the reunion of the cast of Love Actually for Red Nose Day today, online estate agent eMoov.co.uk has assessed the incredible house price growth experienced in the boroughs used in the film back in 2003.

The agent calculated the percentage increase seen in each of the five London boroughs used in the film some 14 years ago. 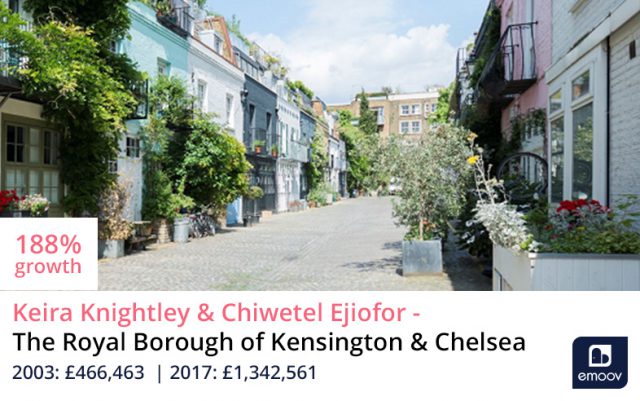 Love Actually Cast Reunites for Red Nose Day, but how have their Properties Fared?

Keira Knightley and Chiwetel Ejiofor’s Notting Hill flat in the Royal Borough of Kensington and Chelsea came out on top, with a huge 188% increase over the 14 years, from an average price of £466,463 to £1,342,561. 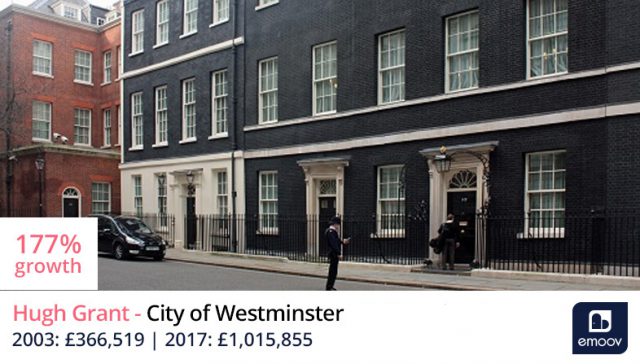 Closely following the winner is Hugh Grant’s Prime Ministerial residence at 10 Downing Street. Although the property is unlikely to ever go on the market, the City of Westminster’s average house price has increased by 177% since 2003, from £366,519 to £1,015,855. 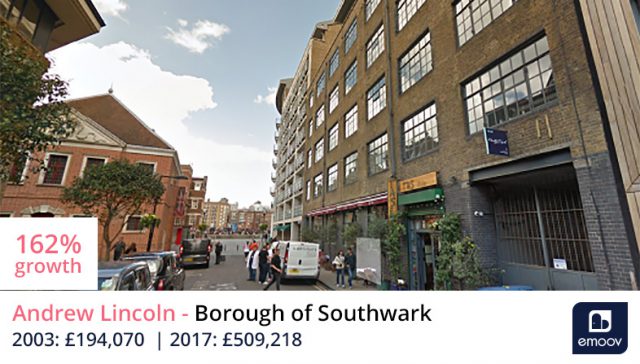 Heading south of the river to the South Bank is Andrew Lincoln’s quirky warehouse conversion flat in Southwark. The borough has enjoyed a 162% rate of house price growth between the film’s release and reunion, from an average of £194,070 to £509,218. 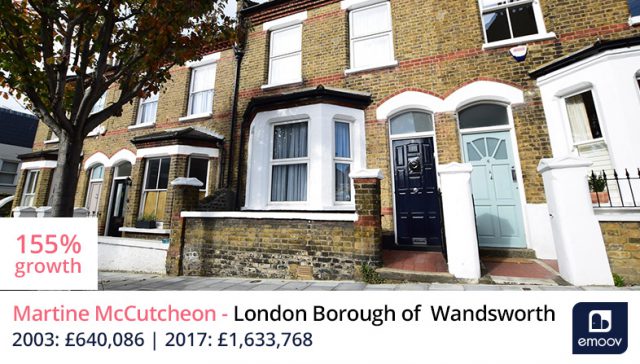 Staying in south London, Martine McCutcheon’s terraced house in the “dodgy end” of Wandsworth is, in fact, in Herne Hill, Lambeth. eMoov assumes that this is because there is no real dodgy part of Wandsworth, as, even in 2003, the average house price was a whopping £640,000.

Coincidentally, however, both Wandsworth and Lambeth have recorded a 155% price rise over the past 14 years but, at £524,605, the average house price in Lambeth is a lot more affordable than Wandsworth’s £1,633,768. 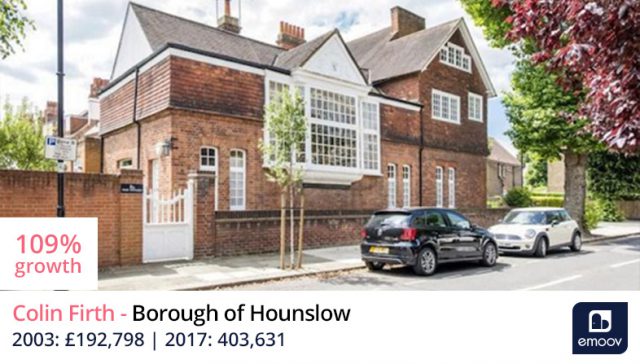 Finally, poor Colin Firth not only found his fiancée cheating on him with his brother in the first film, but he has also seen the lowest growth in house prices over the period. His flat in Turnham Green came in last place, with a 109% increase.

The Founder and CEO of eMoov, Russell Quirk, comments: “It seems that love actually is all around London when it comes to the property market. With the cast reuniting for Red Nose Day, we thought it would be interesting to see how much their fictional characters would have made since the original film was launched, due to the ever-inflating cost of the London property market.

“Despite the prime central London market seeing a fall in buyer demand over the last year or so, it remains one of the most lucrative markets for those lucky enough to have bought there in the last ten to 20 years. But even the less prestigious areas of London, such as Harrow and Lambeth, have seen prices more than double since Love Actually first hit our screens.”

Will you be tuning in to the Red Nose Day action tonight?