What is Bedroom Tax? 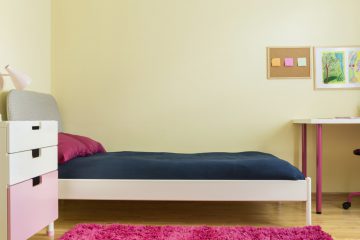 In April, the Government introduced their controversial plans to bring into force a tax on spare bedrooms for people living in housing association properties. The tax has been dubbed Bedroom Tax.

Bedroom Tax, also known as the Spare Room Subsidy or under occupancy charge, is a change made by the Government to housing Benefit entitlement. The change will see claimants receiving less in benefit if it is deemed that their property has one or more unoccupied spare bedrooms.

If it is deemed that a tenant has one spare bedroom, they will lose 14% of their housing benefit entitlement. For two or more unoccupied rooms, tenants will lose 25%. [1]

The new regulations came into force on April 6th 2013.

Tenants in receipt of housing benefit and that are over the age of 16 are affected by the new changes. The tax does not affect people with a state pension or renting shared ownership accommodation.

As with all changes in legislation, there are exemptions. For example, tenants with a severely disabled child that requires their own room may not be affected by the new rules. Similarly, approved foster carers that have either fostered a child or been approved within the last 12 months will possibly not be affected.

A tenant with an adult child currently living away from home serving with the armed forces may also be exempt. Classed as still living at home while away with the forces, their room will not class as being spare and will therefore not occur charges.

Tenants who have been continuously claiming housing benefit at the same address since January 1996 may also not be affected.

What is Bedroom Tax?

People who believe that they could be exempt from additional charges should contact their local councils.

There are a variety of different rules regarding what councils class a taxable spare room. A few are outlined below: