A new survey by Zoopla has revealed the most expensive seaside towns to purchase property in the UK.

Margate came top of the pier, with recent regeneration and new tourist attractions driving house prices in the town to an average of £202,276. This represented a rise of 12.5% in the last year.

Other locations where investors could soon be building sandcastles are Grange-over-Sands in Cumbria and Walton on the Naze, Essex. Property values in these regions increased by 10.58% and 10.04% year-on-year respectively.

The top-ten seaside property towns by average house price increases during the last year were:

Out with the tide

At the other end of the promenade, the South West coastline houses many weakest performing seaside locations in terms of growth in the past twelve months.

However, Cleethorpes in Lincolnshire topped the list of worst performers, with property values sliding by 5.47% in the period. Cruden Bay and Collieston, both in Aberdeen, both saw slides of 4.63%.

The bottom ten seaside towns in terms of property changes were found to be: 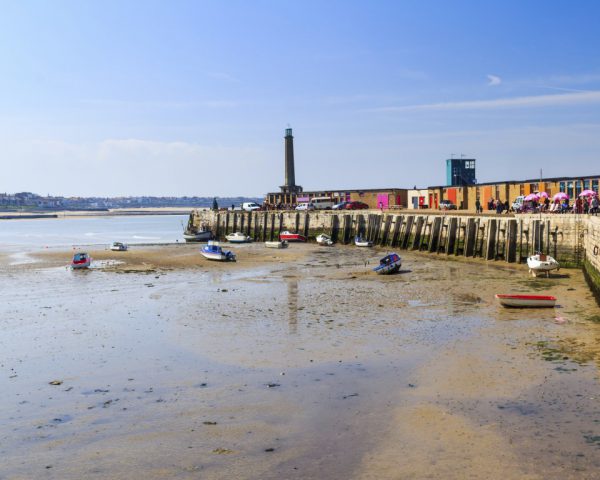 The most expensive property values for British seaside locations in July 2016 was found to be Salcombe in Devon. Investors won’t be left with much money for the slot machines, as values of houses here average at £598,230. Other expensive coastal locations include Aldeburgh, Suffolk (£490,182) and Southwold, Suffolk (£434,618).

Average property values were highest in these ten seaside locations:

On the other hand, cheaper seaside towns can be located in Scotland and Wales. Saltcoasts in Scotland has the lowest average property values of just £109,109.

The cheapest seaside towns were discovered to be:

Lawrence Hall, spokesman for Zoopla, noted, ‘the big increase in the value of an average home in Margate follows large amounts of regeneration funding that the town has received in the past decade-with attractions such as the Turner Contemporary gallery and the Dreamland theme park.’[1]

‘If you’re considering investing in a beach front property, you should consider those resorts receiving Government investment-it does have a positive impact on property values,’ he added.[1]