Homes England chipping away at housing deficit at ever-growing rate 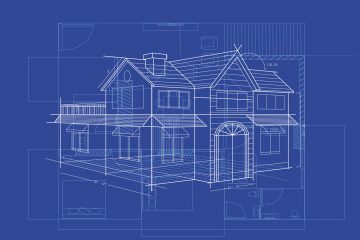 The Homes England housing statistics for the period 1st April 2019 to 30th September 2019 have been released. The report for which includes the following highlights:

Joseph Daniels, founder of modular developer Project Etopia, comments: “There is a long way to go to plug the hole in England’s housing deficit, but Homes England is chipping away at it at an ever-growing rate, reaching a 10-year high for starts on new homes.

“In particular it is making much-needed inroads in affordable housing levels, which represents more than 70% of its work.

“The 24% growth in affordable home starts, compared to the same time period last year, indicates that Homes England is succeeding in driving delivery forward in that area of the market. Its efforts bode well for the coming year with a bumper rise in completions expected to follow.”

Andrew Southern, chairman of property developer Southern Grove says: “The industry is providing affordable homes at an increasingly rapid rate and this is one of the most important trends in house building right now.

“Affordable housing is a growing focus for both private companies and those responsible for spending government support wisely because of the disconnect between property prices and the scale of housebuilding being achieved nationwide.

“The longer the housing crisis persists, the harder it becomes for developers of all kinds to build enough homes to begin to tame rampant house price growth.

“This is a problem that has kept policymakers awake at night for as long as the housing crisis has been a live issue.

“It has now become received wisdom that affordable housing is the only way to deliver realistically prices homes for first-time buyers, young families and young professional on anything approaching a sensible time scale. It’s an incredibly important card to hold now, and in some areas such as London, where house prices are least affordable, this socially conscious initiative has already become an essential strategy.”