Last week, we had a look at an unlikely south coast agent’s company car – a Morgan 3 Wheeler – now there’s a rival vehicle in the retro company car competition. 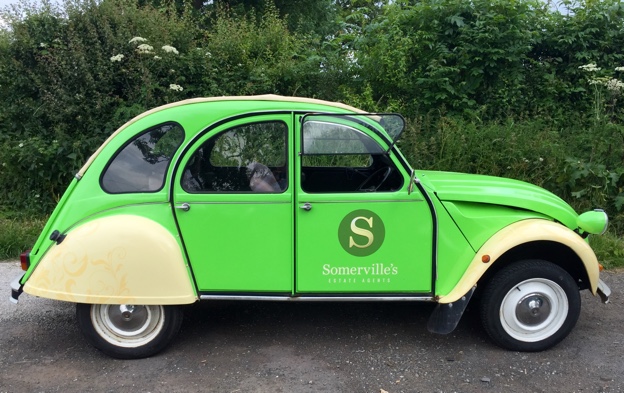 Richard Wheeler, of Chester estate agent Somerville’s, has a special connection to Brian.

Richard’s father, Brian, restored the car and used it to take his wife on a tour of Europe in the early 2000s.

Brian was well known within the local area, but sadly died suddenly from pancreatic cancer.

However, the car bears his name and has been made-over with Somerville’s branding.

Richard says that Brian is used to travel between accompanied viewings.

He adds: “He happily toots to anyone who waves, as he pootles by.”

And Brian is also highly regarded by the locals.

Richard says: “Bringing Brian into the frontline of the business has been a great success.

“One little boy even came into the office with a picture of Brian that he’d cut out of the local magazine, asking if he could meet him.

“Recently, one customer called in asking if he could take a selfie with Brain for his Facebook page.”

Richard concludes: “Brian is a tribute to my late father and I’m sure he would have been delighted to be remembered as an old French car.”1