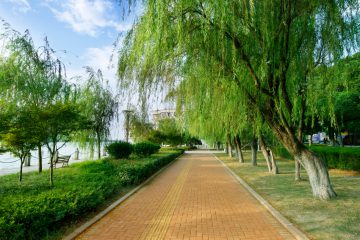 Garden designers are changing London’s new property developments, by putting the focus on the environment.

Instead of traditional evergreens, the new gardens boast a variety of trees, shrubs, perennials and bulbs selected not just to look pretty, but for their ability to adapt to climate change and attract wildlife.

Matthew Wilson, an award-winning garden designer who recently landscaped the new development Cloudesley House in Islington, says: “Historically, it was landscape architects who were called in for the big developments. 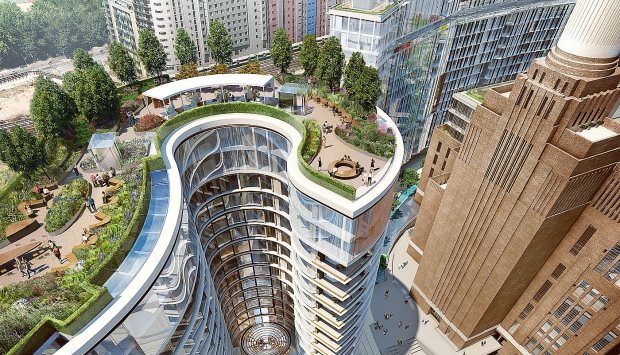 “A landscape architect will specify the balustrades on the building and the lighting in the car park, but it’s not a required component of landscape training to know about plants.

“Garden designers like Andy Sturgeon, Dan Pearson and myself are increasingly asked to work on schemes and, speaking for myself, I don’t know about balustrades, but I just need to know a man who does. The result is that we work with landscape architects, collaboratively.”

Rather than fitting the landscape into an allocated space afterwards, the green space is part of the whole concept from the start.

Wilson speaks of his project: “Cloudesley House is a Victorian school building and in the middle of the building was an old gym. Initially, a developer would think, ‘I can get five flats in there’, but this time, the developer said, ‘Let’s take the roof off and make a contemporary courtyard’. It’s very encouraging.”1

Andy Sturgeon talks of the Earls Court Lillie Square development, a former 7.5-acre car park: “In the past, it was about landscaping the spaces left over. Now, the building is arranged around the landscaping.”

He has designed one of the largest garden squares in West London, sitting in the heart of the project. Over 50% of the site is green space, an industry first.

“We were briefed to make the landscape more meaningful,” explains Sturgeon. “Now, wherever you are in the development, you’re in and among the plants.”

Now, Sturgeon says: “The challenge is to make something more garden-esque and flowing, but that can still be easily maintained. There are still the evergreen shrubs, but we’re making more imaginative choices than the usual hebes and phormiums.”

For the future, developers are hoping to include gardens not only on ground level, but on the top of their sky-high developments.

Sturgeon, who also designed the rooftop gardens at Battersea Power Station, where there are allotments for residents, insists: “And you can’t underestimate the value of play space for children.

“At Lillie Square, there’s not only a designated playground, but the whole landscape is playable throughout.”

The new method of London landscaping is not focused on creating breathtaking scenery, but about making sustainable spaces that will benefit residents and passers-by, as well as the whole environment.

Sturgeon sums up: “Five years ago, when we’d go into a meeting, developers didn’t even have the vocabulary, but now they have. Finally, city landscaping is more about the horticulture than the paving.”1