A leading London estate agent has suggested that a new wave of overseas investors are looking to purchase property in the capital.

Foreign investment in London from the United States, Russia and the Far East has been common for a number of years. Harrods Estates Mayfair Office however claims that there has been a sharp increase in demand from West African buyers during the last year.

The estate agents claim that sales to people of West African nationality have risen by 40% in the last 12 months. This signifies an increase of 400% compared to two years ago.[1]

Shirley Humphrey, director at Harrods Estates, said that the majority of wealthy West African investors were looking to spend between £2.5-£6.5 million on two or three bedroom apartments. As is common for international investors, Humphrey said that the most offers were for luxury developments, offering round the clock surveillance and facilities such as a spa.

‘Family is very important to them and they prefer to cluster buy more than one apartment in the same building so that they have somewhere for their children, parents and grandparents to stay,’ Humphrey remarked.[2] 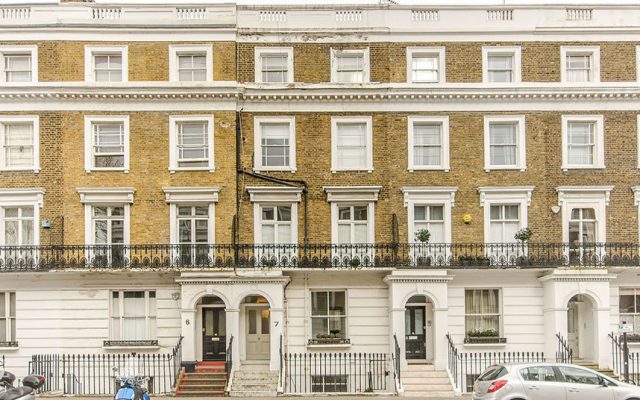 Humphrey noted that Mayfair is to undergo changes in the upcoming years, with new developments planned, alongside the restoration of many residential buildings. Factor in that the location has notoriously appealed to British aristocrats, it is little wonder that investors from the Middle East, China, India and Russia have already chosen to live in the area.

‘Mayfair offers a village lifestyle in a fantastic central location,’ said Humphrey. ‘The excellent shopping on Mount Street and Bond Street, fantastic restaurants and five star hotels, contribute to the areas popularity and with Hyde Park and Knightsbridge a short stroll away, many of our clients love the location as both an investment and lifestyle choice,’ she continued.[3]

She also stated that, ‘West African purchasers are drawn to living north of Hyde Park or just off Park Lane on Upper Grosvenor or Mount Street and prefer period buildings with newly refurbished luxury interiors which they can move straight into.’ Although buying property for investment purposes, Humphrey thinks that, ‘the key thing for West Africans is owning a home in London which they can use for a minimum of a few months of the year.’[4]