The latest Government UK House Price Index has been released, showing an average annual increase of 8.6% for February 2021.

The index also shows a 0.0% month-on-month change from January, with the average price of a property in the UK sitting at £250,341.

Colby Short, founder and CEO of GetAgent.co.uk, comments: “The market remains in a very strong position despite monthly price growth sitting still and this was no doubt down to two factors. The first being the continued difficulties in securing a buyer caused by lockdown restrictions and the second being a drop in momentum on the run-up to what would have been the Stamp Duty holiday deadline.

“While the latter will no doubt have an impact when it does arrive, it’s far more likely price growth will hit a bump in the road rather than a brick wall. The main reason for this is a severe shortage of housing stock available to satisfy demand and so even when buyer numbers reduce, we’re likely to see demand continue to outstrip supply which will keep the rate of house price growth stable.”

James Forrester, Managing Director of Barrows and Forrester, comments: “Many will be quick to panic at the sight of a month-on-month price growth stall but this simply doesn’t portray the overall health of the market, in the same way our efforts in combatting Covid can???t be assessed on such a short-term basis.

“The long-term picture shows a market in very good health, driven by strong regional performances across the board, from the South West, the East Midlands, Yorkshire and the Humber and the North West. As we enter what is often the busiest time of year, we can expect the market temperature to rise and house prices to follow suit for the remainder of the year, at the least.???

Marc von Grundherr, Director of Benham and Reeves, comments: “Although London continues to trail the rest in terms of the rate of house price growth, we’re certainly starting to see an early indication that the market is on the up. Tenant and homebuyer demand has started to lift during the first quarter of the year and this is only likely to grow stronger as lockdown restrictions are lifted and a return to professional and social normality continues.”

“While the market isn’t running as hot as other UK regions at present, this should work in the favour of the London market in the long run. A far more steady return to form is likely to be made and this will ensure that any crash landing as a result of the Stamp Duty holiday ending is going to minimised within the capital.”

Nicky Stevenson, Managing Director at national estate agent group Fine & Country, comments: “The property market remains in a parallel universe at odds with the wider reality everyone has been living. It’s been a gloom-defying 12 months given that last March, when the first lockdown arrived, the market seized up, mortgage products were withdrawn and everyone held their breath.

“Fast forward a year and you no longer need to be a mystic or expert to predict what comes next and that’s precisely the point. Confidence is king and there’s plenty of it out there. That would have remained true even if the Stamp Duty holiday had ended. Now that it hasn’t, that’s just more fuel on the fire but its impact has been overstated all along.

“When it does finally end at the end of September, the market is likely to be cooling by then anyway after another bumper summer. Markets don’t move in straight lines but in the meantime the busy summer season and high demand, which is still growing faster than supply as the weather improves, is doing nothing to slow price rises.” 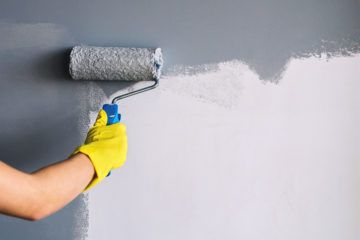