The US authorities have found over a dozen homes, many registered to offshore firms, which have either been obtained illicitly or bought using unlawful funds. One senior official is believed to have purchased a property using a bribe.

One of the properties is a six-bedroom detached house in Loganville, Georgia, owned by Jeffrey Webb, the Fifa vice-president and president of the Confederation of North, Central America and Caribbean Association Football (Concacaf).

The home is worth around $940,000 (£613,000) and was built in an extravagant style in 2007, with ornate pillars and large balconies. The house has a pool that prosecutors believe was bought with bribe money. 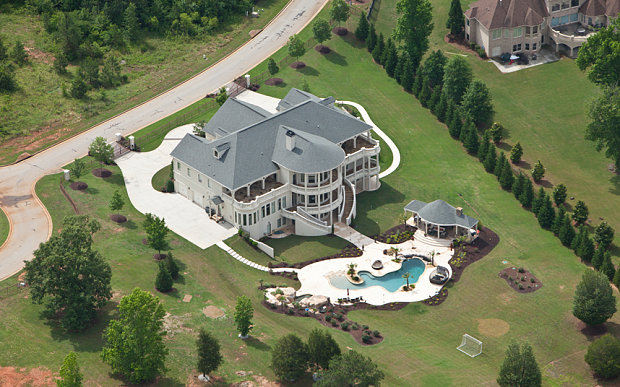 Another of Webb’s properties is held by Kosson Properties Limited, a company alleged to have been founded by Costas Takkas, a British official who acted as Webb’s attaché as Concacaf president.

US authorities have filed an indictment stating that the funds for the home came from a bribe paid by Traffic Sports USA, a sports marketing firm pursuing profitable commercial rights contracts with Fifa.

It is believed that the money was wired to Takkas, who transferred some to an account in his name in Miami. This was then transferred to a swimming pool builder in Georgia, where Webb’s pool was being installed.

The indictment says: “Takkas transferred another portion of the funds directly from his Kosson Ventures account at Fidelity bank in the Cayman Islands to SunTrust Bank in Georgia for Webb’s benefit in connection with Webb’s purchase of other real estate in Stone Mountain, Georgia.”1

The indictment specifies two homes in Stone Mountain, both registered under Kosson Properties.

One property is worth an estimated $142,000 and has four-bedrooms over 2,846 square feet. The other is a three-bedroom, situated five miles away.

The US authorities have also identified a flat worth around $1.57m overlooking Biscayne Bay that is owned by Aaron Davidson, the president of Traffic Sports. He is one of four sports marketing executives charged in the US.

A further three homes in Florida were named in the indictment, which have been linked to Rafael Esquivel, the president of the Venezuelan football federation. They are worth a collective $483,000.

Separately, Fifa executive committee member Eduardo Li was arrested in Zurich. He owns a home in Aventura, Florida, which was bought for $545,000 in 2007, and a property in an expensive part of his home country, Costa Rica.

Former Fifa vice-president Jack Warner is believed to have built one of the largest property empires. Similarly to Li’s homes, the indictment did not claim these were funded by bribes and are therefore not likely to be seized.

Warner, who lives in Trinidad, is accused of receiving $10m in bribes.