Proposals have been made to help prevent EU citizens with settled status from facing severe difficulties accessing healthcare, housing and employment post Brexit.

Last week, The House of Commons voted on an amendment passed in the House of Lord to the EU Withdrawal Bill. This will require EU citizens to be given a physical status document to prove their right to rent a property and work in the UK.

The Joint Council for the Welfare of Immigrants, the3million and the Residential Landlords Association (RLA) believe that without this amendment there is a risk of landlords and employers being reluctant, without immediate physical proof of their status, to let a home or offer a job to EU citizens.

Under the EU Settlement Scheme, the Government plans only to give EU citizens a digital code to prove their residency for landlords and employers to look up online.

Joint Council for the Welfare of Immigrants previously undertook research on the Government’s Right to Rent policy. 150 mystery shopping enquiries from prospective tenants asked landlords to conduct an online status check. 85% received no response and only three responses explicitly stated that the landlord was willing to conduct an online check.

It also found that landlords were far happier to respond positively when the tenant could provide a clear physical document proving their status.

A report published by the3million last week also week found that 89% of EU citizens are unhappy about the lack of a physical document.

Calls for EU citizens to be given such a document have been made also by the Exiting the European Union Select Committee, the Home Affairs Select Committee and the House of Lords EU Justice sub-committee which warned to the “parallel with the lack of documents contributing to the Windrush scandal.”

In a joint statement, the Joint Council for the Welfare of Immigrants, the3million and the RLA, said: “MPs should back what is a pragmatic and common-sense proposal.

“It should not be controversial that EU citizens who have played such a positive role to the life of the UK should be able to easily prove their rights with a physical document. A digital-only status will massively disadvantage EU citizens against British nationals with a passport, and anyone else who can quickly and conveniently prove their status with a simple official document.” 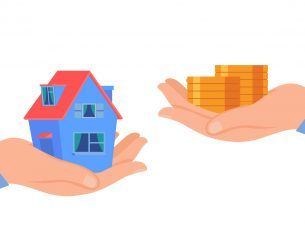