Boris Johnson makes the Headlines with Criticism of Housing Market

Boris Johnson has made it into the headlines yet again, this time for criticising the housing market in the UK.

Johnson is still attempting to weather the political storm over comments he made last week about Muslin women wearing face-coverings.

However, his latest column for The Telegraph insisted that “absurdly high” Stamp Duty should be cut and warned of an “oligopoly” of construction companies reducing the supply of new homes by “land-banking”. Boris Johnson makes the Headlines with Criticism of Housing Market

Accusing housing developers of showing “disdain” for young people, he said: “This is meant to be Britain, the great homeowning democracy, but we now have lower rates of owner-occupation for the under-40s than France and Germany.

“That is a disgrace. And you cannot expect young people to be automatically sympathetic to capitalism when they find it so tough to acquire capital.”

The article does not mention the ongoing controversy over his previous week’s column relating to the issue of Muslim head-coverings.

The latest piece came on the same day that the Prime Minister’s Housing Secretary, James Brokenshire, announced the Government’s plans to tackle rising levels of homelessness in the UK.

Responding to the headlines, Alexandra Morris, the Managing Director of online letting agent MakeUrMove, says: “Boris Johnson is right to say that the housing market is in crisis. His announcement appears timed to coincide with the Housing Minister, James Brokenshire, announcing a plan to reduce homelessness, which he disappointingly suggests is in part due to “instability in the private rental market”. The truth is that we’re facing a huge problem of lack of supply, and the dire homelessness situation we find ourselves in now is also symptomatic of the lack of a joined-up housing policy from successive governments. The Government’s current housing policies are just tinkering around the edges of the issue. We need to deal with the cause of the problem, not the symptoms.

She continues: “The danger of just tinkering with the symptoms of the housing crisis are also evident in the private rental sector, where successive governments have introduced a wide range of measures, including the phasing out of mortgage interest tax relief, the impending introduction of the tenant fees ban, as well as proposals to ban no fault evictions and introduce three-year tenancies.

“Whilst we welcome regulation which further professionalises the private rental sector – and we would welcome initiatives such as increasing empty property taxes and incentives to encourage landlords to offer longer tenancies or maintain rent levels for longer – by implementing piecemeal changes with little regard for the ultimate impact, the Government is simply compounding the problem.”

She insists: “What is needed here is a comprehensive strategy to increase supply across the housing market, from properties for those looking to buy, to a greater availability of properties in the rental market. If the Government could get to grips with this fundamental issue, then the problems of lack of security for tenants and an inability to save for a deposit would all be dealt with as a consequence. It’s time the Government stopped implementing sticking plasters and pursued a wholesale transformation of the housing market.” 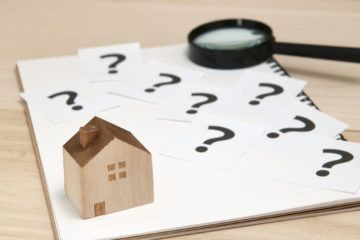