Variable rate mortgage borrowers could have to collectively pay an extra £82.8m in higher payments in December if the Bank of England (BoE) raises the base rate by 0.25%, according to online mortgage broker Trussle.

If the Bank’s Monetary Policy Committee (MPC) announces a 0.25% base rate rise on 2nd November, as is widely expected, most UK lenders will pass the full increase onto their customers within a month, based on historical lender behaviour.

In this scenario, the average variable rate borrower on a repayment loan would see their monthly payment rise by £16.56 – that’s £82.8m across the UK. 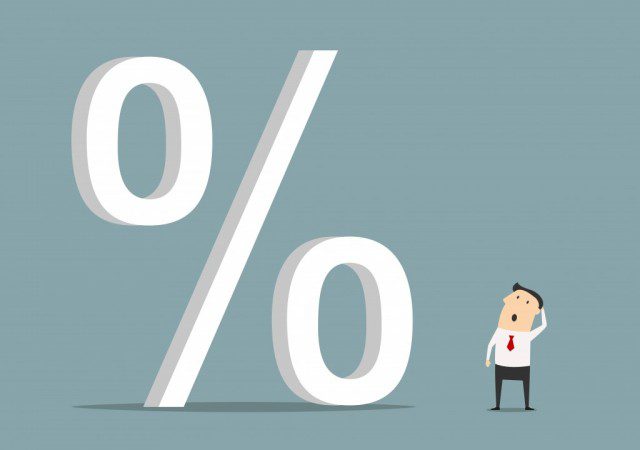 On an annual basis, these variable rate mortgage borrowers would see their payments increase by £198, or a total of £990m.

While most new home loans are on fixed rate terms, there are five million UK variable rate mortgage borrowers, who are on rates that move up and down with the base rate set by the BoE.

A borrower may be on a variable rate because they opted for one when securing their mortgage, or if their initial fixed rate lapsed onto their lender’s Standard Variable Rate (SVR) – three million people are currently in this position, mostly because they didn’t switch at the right time.

Variable rate mortgage borrowers in London, where the average outstanding mortgage value is around £243,000, will be hit hardest by a rate rise. A London-based borrower with 20 years left on their mortgage, currently paying an interest rate of 2.25%, would see their annual charges increase by £336 if rates were to go up.

Of the lenders monitored in Trussle’s 2016 Lender League Table, 53% had dropped their rates in line with the BoE within a month of the rate change, including four of the six biggest lenders.

In anticipation of a rate rise next month, more than 20 lenders have already raised their rates, several by a full 0.25%.

Further research has also suggested that buy-to-let mortgage rates are creeping up.

The CEO and Founder of Trussle, Ishaan Malhi, comments: “It’s looking ever more likely that the BoE will raise interest rates, either in November or December. This will impact anyone on a variable rate mortgage. While the increase is only likely to be small at first, borrowers on variable rate deals should consider how they’ll cover the extra cost, especially those on a tight budget or with a large outstanding mortgage.

“With more rate rises potentially on the horizon, those nearing or beyond the end of their initial mortgage term should be thinking about switching to a more competitive deal. Because of the perceived complexity of getting a new mortgage, many people tend to this put this task off. As a result, a quarter of mortgage borrowers in the UK have ended up on their lender’s SVR, paying far too much interest. The process of switching has never been easier than it is now, so we urge borrowers to take action sooner rather than later.”

How will you be affected if the base rate rises over the next couple of months?

Last August, the Bank of England’s (BoE) base rate was cut to a record low 0.25%, down from a previous …

The Bank of England (BoE) has said that higher inflation and a pick-up in growth coul...