What is the Green Deal scheme?

Climate change campaigners have welcomed the announcement of a new Green Deal service for landlords.

The new scheme, announced on behalf of the Residential Landlord Association, will be managed by Enact Energy. Starting next month, the scheme will initially offer free, funded insulation under the Energy Company Obligation. Implementation of the Green Deal will begin on January 28th.

After the announcement, the move was welcomed from a number of figures in the industry. Climate change minister Greg Barker said that he was, ‘delighted to see the Residential Landlords Association take this approach.’ [1] Barker also highlighted the many homes in the private rented sector were not energy efficient. However, he believes that the service, ‘will not only help to tackle that, but will also help tenants to live in warmer homes.’[1]

Alan Ward, chairman of the Residential Landlords Association was also quick to welcome the changes. Ward stated that,’ The Green Deal offers landlords a significant opportunity to improve the energy efficiency and in some cases the appearance of their property.’ [1]

Ward went onto to suggest that the new scheme would eradicate complications often found in finance and processing legislation. He said that the RLA, ‘believe that there is a requirement for a service which understands the unique needs of both our landlord members and their tenants which led us to launch this new service.’[1]

He went on to say that, ‘We can offer landlords a complete service from initial property assessment through to installation of the upgrades, with access to grant funding and Green Deal finance all under one roof.

“The RLA Green Deal service will be open to non-members, although only members will be entitled to discounts and offers worth far more than the £75 it would cost to sign up.’[1]

What is the Green Deal scheme?

Ward has high plans for the scheme, saying, ‘We aim to be the major service for Green Deal and ECO for the private rental sector and are planning to help up to 10,000 landlords to upgrade their properties over the next five years.’[1]

There are to be strict rules surrounding the use of the Green Deal. Landlords wishing to make an upgrade on their portfolio using the scheme must gain written permission from their tenant. Alternatively, landlords can utilize a void period to get work done.

Under the regulations attributed to the scheme, a tenant must be made aware of the costs of any future Green Deal plan before they sign any agreement.

A further announcement from the Government states that the first households to take advantage of Green Deal improvements can claim up to £1,000 cashbacks. These will be issued on a first come, first served basis. A fund of £125m will be made available for these cash-backs. 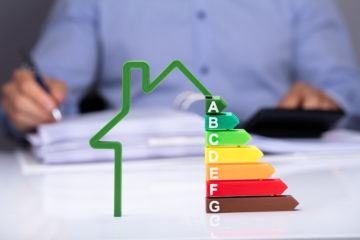 Widespread confusion has been caused by Government plans to enforce a minimum energy performance certificate (EPC) rating requirement of C, … 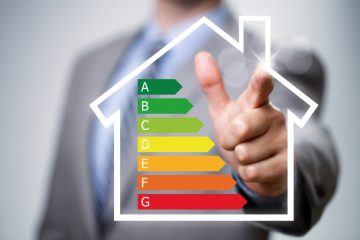 Only a third of rental properties have an Energy Performance Certificate (EPC) rating of C or above, research from specialist …