What are China’s Nail Houses?

A nail house, or dingzihu, is a property that the owner has refused to leave following demand from a property developer who wishes to demolish the home.

Many homeowners in China have remained in their house, despite the problems and difficulty this can cause. Here are some of the most shocking: 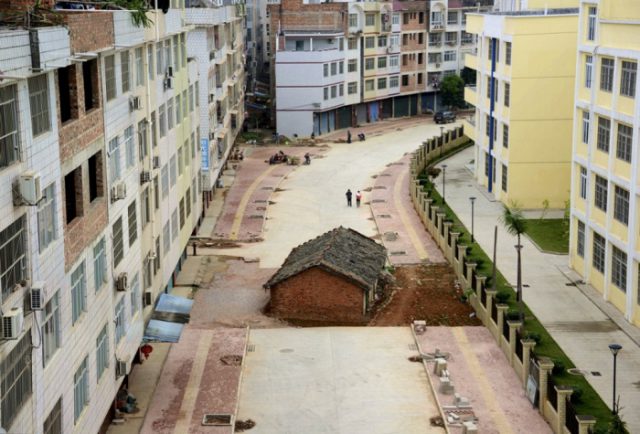 This home is right in the middle of a road under construction. The owner did not come to an agreement with the local authorities over compensation for its demolishment. It is situated in Nanning and this photograph was taken in April 2015. 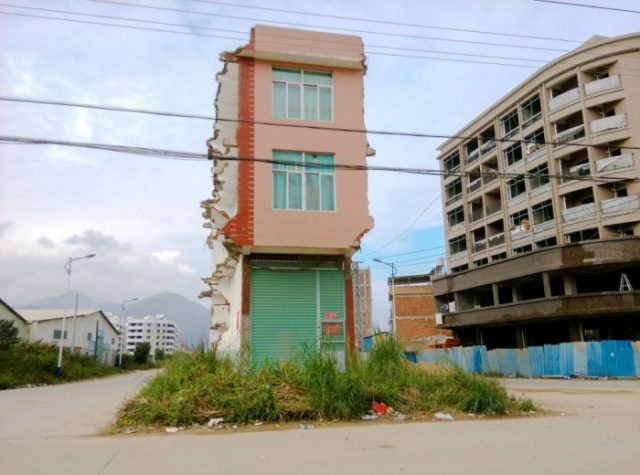 In Pinghe, Fujian province, this house is found at a crossroads. The local government destroyed most of the two-storey block, but one apartment owner refused to leave. Just a small part of the building remained in November 2013. 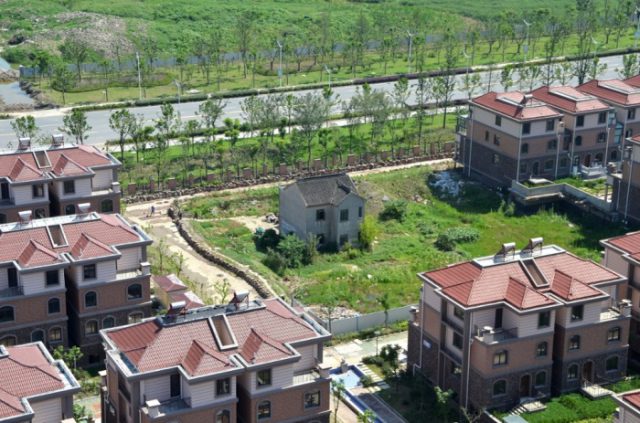 A single house sits amongst luxury villas in Suzhou, Jiangsu province in July 2013, after the owner refused to move. 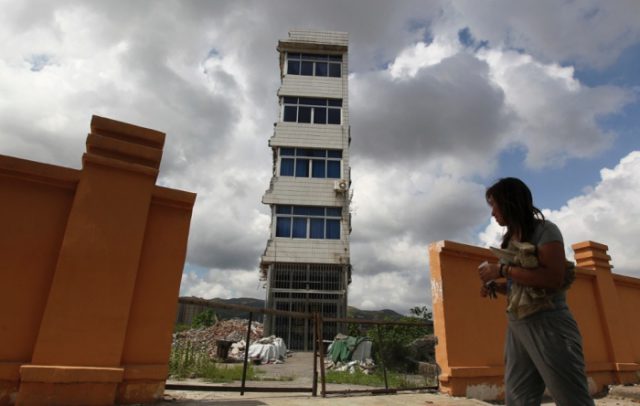 Zheng Meiju near her nail house in Rui’an, Zhejiang province in July 2013. She had lived in the partially demolished property for almost a year, despite her water and electricity supply being cut. 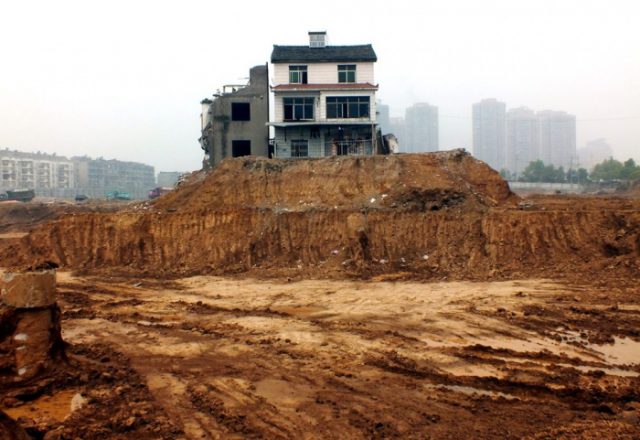 Two nail houses were abandoned on a construction site in Yichang, Hubei province in April 2013. Power and water were cut off in anonymous night-time attacks continuously. 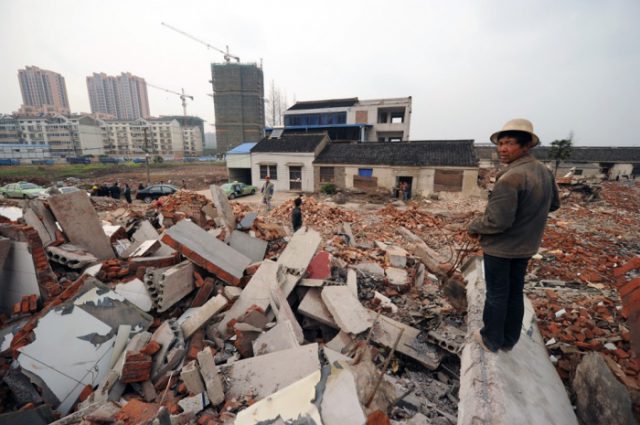 A worker in Changzhou

A worker on the rubble outside 75-year-old Yao Baohua’s home in Changzhou, Jiangsu province, 2014. 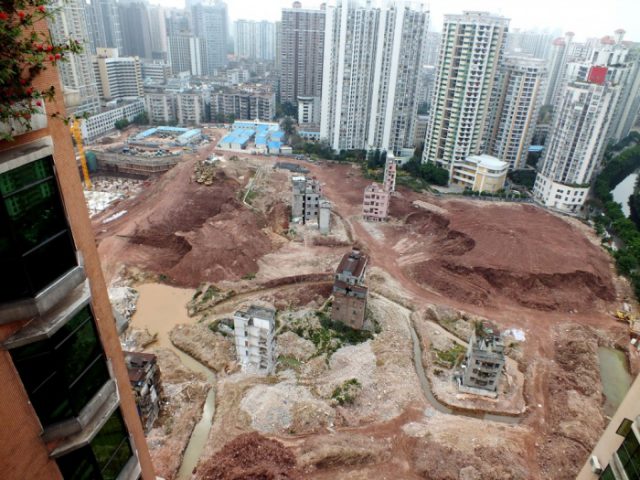 These nail houses sit on man-made ditches on a construction site in Yangji, Guangzhou last year. The ditches were made to force residents to move out. 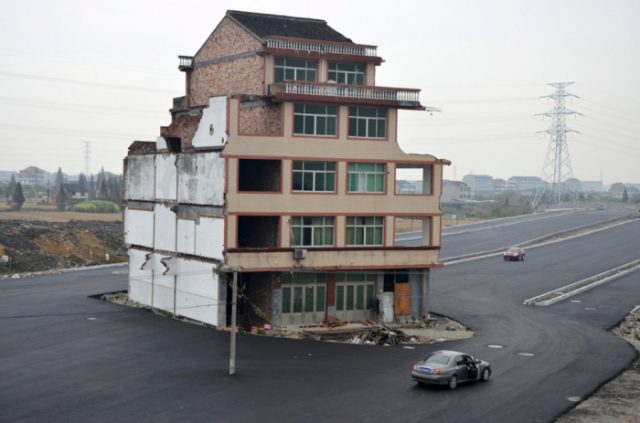 A Famous Nail House in Wenling

This famous nail house lies in the middle of a road in Wenling, Zhejiang province. The elderly residents refused to sign an agreement for their home to be demolished. 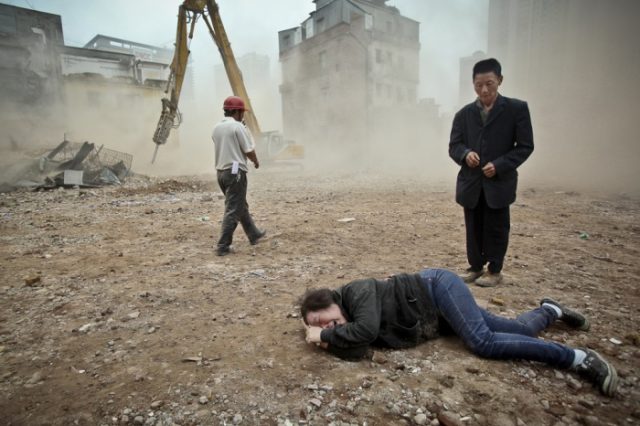 This woman tried to save her home from being destroyed in Yangji, Guangzhou. 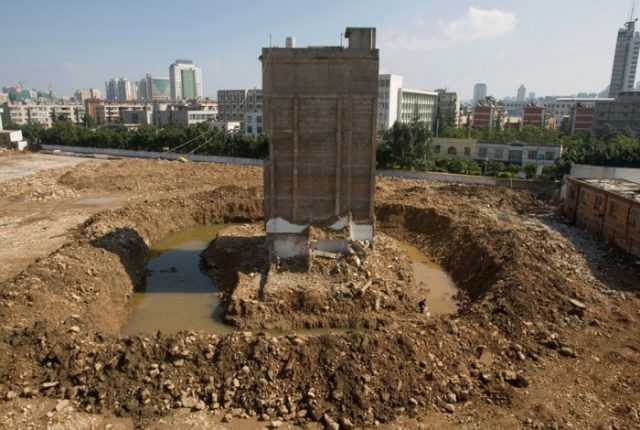 Homeowner Zhao Xing has to collect water for his partially demolished nail house in Kunming, Yunnan province in 2010. The water and electricity supplies to his home were cut off. 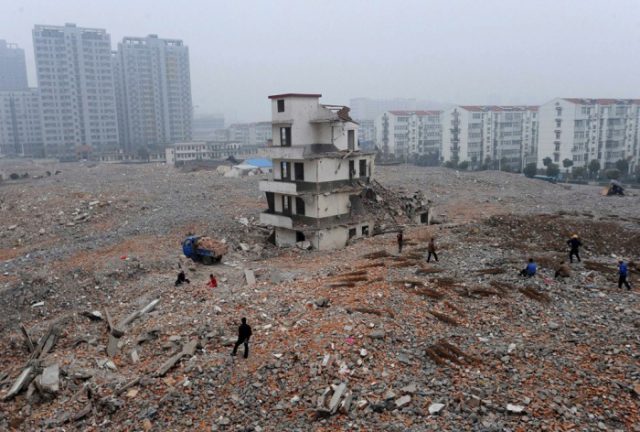 This nail house has been partly demolished on a construction site in Hefei, Anhui province, 2010. 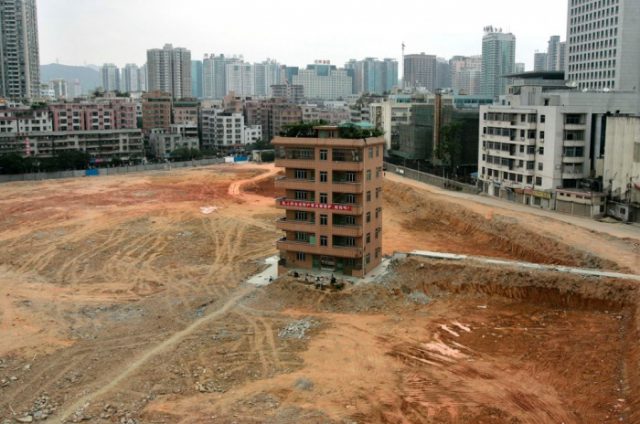 The owners of this six-floor apartment block, Choi Chu Cheung and his wife Zhang Lian-hao, refused compensation from property developers in Shenzhen in 2007. 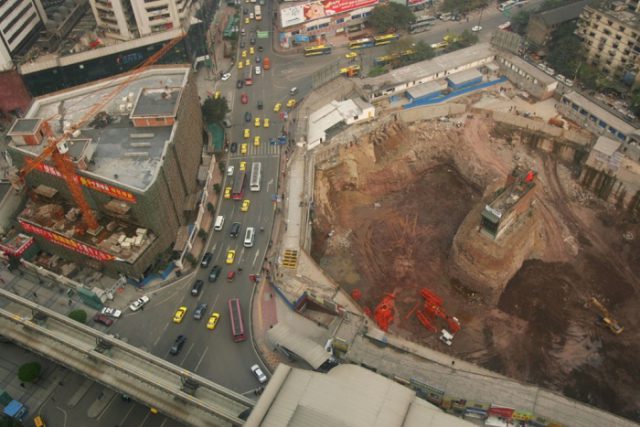 This house sits on a mound amongst a construction site in Chongqing in 2007.