Where are the UK’s burglary hotspots?

New data released from MoneySuperMarket has revealed the top postcodes for burglary claims in the UK.

Despite the overall rate of burglary claims falling by 8% in the last year, urban regions remain the largest targets for theft.

MoneySuperMarket looked at 1.8 million home insurance quotes from its website between January 2015-December 2016 in order to find the postcodes with the greatest rate of home content theft quotes during the period.

Coming out on top was Redbridge in London, with a postcode of IG4. In fact, postcodes in North London dominate the top five, with Chadwell Heath (RM6), Clayhall (IG5) and Whetstone (N20) all appearing. Leeds was the only region outside of London in the top-five, in fourth place.

Unsurprisingly, MoneySuperMarket’s data shows the value of claims submitted during the Winter are on average 36% greater than those in the summer. This will owe largely to the number of high-value Christmas presents in homes.

Landlords and tenants alike should be extra vigilant in protecting their properties during the Winter months.

The value of insurance for items such as laptops, jewellery and watches has grown during the last twelve months. The average collective total value of itemised possessions was £4,192 per policy in Autumn 2016. This was 39% more than in 2011.

Looking at the postcodes with at least one claim for theft, Monkseaton and North Tyneside (NE25) and Bideford, Devon (EX39) had the lowest rate of burglary claims, each with 0.9 per 1,000.

In addition, there are 123 postcodes with no claims. These include Norwich (NR26), Liverpool City Centre (L3) and Manchester City Centre (M1). 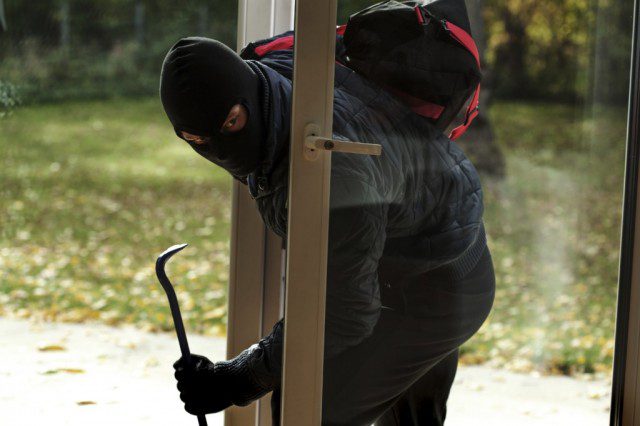 Where are the UK’s burglary hotspots?

Kevin Pratt, consumer affairs expert at MoneySuperMarket, said: ‘Burglars are interested in two things: where should I go to find stuff worth stealing and where am I least likely to get caught? Our findings suggest busy urban areas are the biggest targets for theft, but those who call leafy suburbia home should also be aware of the risks associated with the higher anticipated value of their belongings.’[1]

‘Burglary results in a double dose of trauma, with both emotional and financial repercussions taking a long-term toll on those affected. To avoid the turmoil, it’s vital to be vigilant against break-ins and to bolster home security to prevent them in the first place. It’s also crucial to ensure you have contents insurance in place to cover you should the worst happen,’ he added.[1]

Concluding, Mr Pratt noted: ‘It is encouraging to see the overall rate of burglary claims has dropped eight per cent in the last year, in line with the fall in recorded burglaries. There’s no doubt thanks to improvements in home security, although the falling cost of electrical items, such as TV’s, might be significant, as, simply put, there’s less need for burglars to steal items than in the past.’[1]