Despite the country going through a severe housing shortage, hundreds of thousands of homes in the UK are empty. So why do these property owners leave their assets vacant?

One particularly extreme case of unoccupied housing is the Bezier building in London’s Old Street area. Located in one of the priciest and trendiest parts of the capital, flats in the block can cost over £1m and monthly rents of £2,000 are charged.

However, more than five years after it was completed, the Bezier is almost half-empty.

Islington Council reported that as of July this year, 42% of the building’s units did not have registered voters living in them. The local authority blames the practice known as buy-to-leave, where wealthy investors, usually from abroad, buy properties and leave them empty. Not only are they missing out on rent money, they are adding to the country’s housing crisis.

And although the headlines are filled with facts and figures about how many homes are needed, there are currently 610,123 empty homes in England, according to the Government. Of these, 205,821 have been vacant for six months or more – the official definition of long-term emptiness. 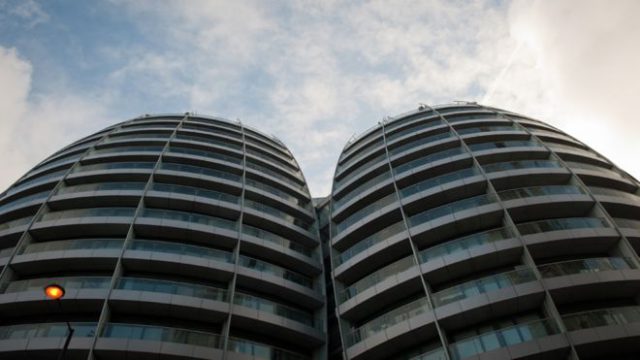 So why would investors leave a property empty and miss out on rent or not bother selling it?

The Mayor of London, Boris Johnson, criticises rich investors for using new build homes as “blocks of bullion in the sky”1, although he added that putting restrictions on investment in London would be wrong.

The majority of people will question why these property owners throw away huge sums of rent money.

But property expert Henry Pryor believes that these investors are being highly calculating; the cost of letting, including repairs and administration, can exceed rental income, he says.

And in the prime new build market, he claims that buyers wish to purchase a pristine property: “Some buyers don’t want to live somewhere second-hand, just as they would feel if buying a Rolls-Royce or an Aston Martin. This applies even when they’re buying a place that’s five years old.”

However, these buy-to-leave investments account for just a small proportion of unoccupied properties. The charity Empty Homes states that more often, the issue is caused by ordinary financial difficulties.

Chief Executive of Empty Homes, Helen Williams, explains: “One of the most common reasons that properties are empty is because the owner cannot raise the money to do the property up to let it out or sell.

“Perhaps they previously rented it out and it now needs more works done to it, or maybe they inherited it.”

She adds that if a property was jointly inherited, it can take years for beneficiaries to decide what to do with it.

A house in York Road, in the North Yorkshire seaside resort of Redcar, was left empty for years after the owner was unable to fund improvements. Community Campus 87 stepped in to renovate the home, using the project to train apprentices.

“It was a mess,” comments Ian Cockerill, of the organisation. “It was right at the entrance to the town and was putting people off.”1

Empty Homes has analysed Government data for England, finding that overall, parts of the north tend to have a larger percentage of unoccupied residential properties that areas in the south.

In some parts of the country, it is not just individual properties but whole streets that are vacant, due to areas become less desirable to live in. This could be caused by economic difficulties, such as industries closing down, or a neighbourhood’s bad reputation.

Research conducted in Denmark in 2008 indicates that when an area’s reputation is in decline – such as higher rates of crime – many residents can leave the particular neighbourhood.

However, higher rates of owner-occupation can reduce the effect. Liverpool City Council used this method to improve the problem by selling off derelict houses for just £1 each. If the properties are renovated to a decent standard, the council believes that affected areas will be regenerated.

But what can other councils do to address the problem?

Councils in England can charge property owners 50% extra in Council Tax if their properties are left empty for two or more years. Although this will deter many, it still won’t discourage the wealthiest investors.

Councils also have the power to serve a compulsory purchase order, applicable if officials can prove that they have tried to encourage the owner to bring a property back into acceptable use.

However, compulsory purchase orders are regarded as a last resort.

Thus, in 2006, the Labour government introduced Empty Dwelling Management Orders (EMDOs), allowing local authorities in England to take over the management of residential properties that had been empty for at least six months, if there was no reasonable expectation of them being occupied in the near future.

By 2011, just 64 applications had been made and 43 granted. The coalition government then changed the law so that a home had to be empty for at least two years before an order could be served. It believed that the law was undermining property owners’ rights.

The properties also had to be proven attractions for vandalism, squatters and other forms of anti-social behaviour. These restrictions were implemented in 2012.

The lack of homes on the market is causing councils to become more eager to work with property owners of vacant properties to create stock.

The amount of long-term empty properties

The National Housing Federation (NHF) calculated that 974,000 homes needed to be built between 2011-14. However, data from 326 councils revealed just 457,490 were completed. Homelessness charity Shelter insists that the country must focus on boosting construction.

However, Williams argues that the UK’s empty housing, whether old and neglected or new and purposely vacant, should be utilised more comprehensively.

Unoccupied homes could be “transformed into new homes for people in search of decent housing at a price they can afford,” she adds. “Creating new homes from empty properties should go alongside building new homes to address housing needs.”1

The Department for Communities and Local Government found that the amount of empty properties is “at its lowest since records began” and that over 100,000 long-term empty homes have been brought back into use since 2010. It adds that the Government offers councils the same financial rewards for bringing unoccupied homes back into use as it does for building new homes.

A spokesperson says that ministers are committed to “helping anyone who works hard and aspires to own their own home to turn their dream into a reality”1.

During the summer, Islington Council granted itself powers to prosecute owners of new build homes that are left empty for longer than three months. Property owners could be fined, sent to prison or have the property seized. However, this will not apply to existing buildings, such as the Bezier.

A spokesperson for the Bezier’s developer, Tudorvale, insists that the units were sold in good faith to people who “worked hard”1 to buy the homes, adding that they do not understand why investors leave apartments empty.

Pryor concludes: “The number of potential homes affected by buy-to-leave isn’t huge in a city the size of London, with a housing stock of several million. But as a percentage of new-built properties, the ones intended to help deal with the housing crisis, they account for quite a significant percentage. It’s about whether property is regarded as a home or an asset.”1

Have you ever left a property empty and why? 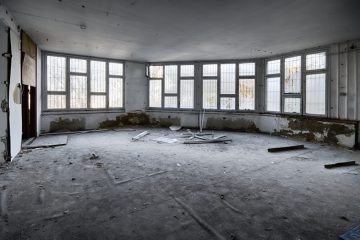 Landlords and homeowners across the Deepings and Bourne districts of Lincolnshire are being offered cash incentives of up to £5,000 …

Landlords and homeowners across the Deepings and Bourne districts of Lincolnshire are...

A new investigation by a national campaigning charity has given an insight into the r...