With renting the most likely housing option for young people today, how common is homeownership amongst this generation and the older generation?

The Guardian has released an infographic that details changes in the market over many years.

Considering that the average first time buyer deposit is now over £25,000, this highlights the increasingly difficult position they are in, compared to the previous generation.

But this didn’t halt buyers as much as in the period between 2006-09, when house sales dropped by a huge 48.5%, showing the real impact of the financial crisis on the housing market.

Looking at the age divide in homeownership, the results are equally as staggering. 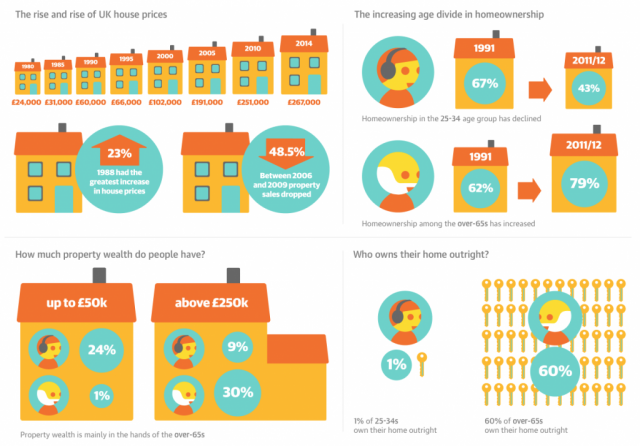