New data reveals that tenants in private rented housing are bearing the brunt of the Government’s focus on boosting homeownership at the expense of the rental market.

The Royal Institution of Chartered Surveyors (RICS) has released its latest figures, which show a fall in the supply of private rented housing. However, demand from prospective tenants increases is “likely to squeeze rents higher.”

Tenant demand has picked up, despite the Government’s efforts to boost homeownership. The RICS notes that many respondents to its latest residential market survey saw an increase in the number of enquiries from new homebuyers in July.

Recent tax changes introduced by the Government in recent years have led some landlords to leave the market. This includes the restriction of mortgage interest relief to the basic rate of income tax and introducing a 3% Stamp Duty levy on the purchase of new homes to rent out. This is despite the Institute for Fiscal Studies warning that it is “plain wrong” to argue that landlords are taxed more favourably than homeowners. The Chartered Institute of Housing has also noted that “tax reliefs deliver a much bigger benefit to homeowners than they do for private landlords.”

David Smith, Policy Director the Residential Landlords Association (RLA), comments: “These figures demonstrate yet again that hitting the private rented sector to boost homeownership serves only to hurt tenants. Demand from tenants and new buyers is increasing at the same time. It is vital that the needs of both groups are met.

“The Government needs to stop making landlords the scapegoat for the housing crisis and embark on a raft of pro-growth measures to boost the supply of homes for the private rented sector. If they do not, supply will continue to fall, meaning higher rents, less choice, and a reduction in quality for tenants.” 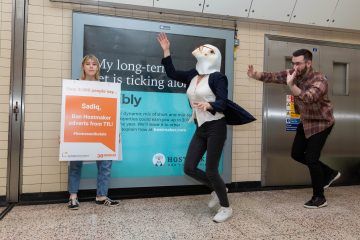