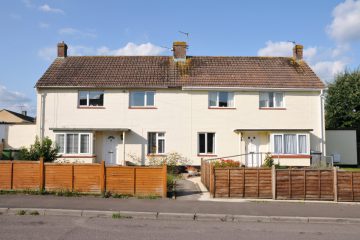 Council homes have been sold at values up to seven years out of date and at discounts larger than intended when the right to buy scheme was first introduced, according to a study by The Guardian.

Despite a chronic shortage of affordable housing, councils have sold off over 130,000 properties in the last ten years at discounts of up to 70% of their market value. The price reductions have amounted to around £4 billion.

Between 2012-14, the London Borough of Tower Hamlets sold off more than 50 homes using valuations two or more years old, revealed data released under the Freedom of Information Act.

The East London borough sold one two-bedroom flat in 2012 based on a price from seven years earlier, missing out on a 30% price increase in that area over the period.

Tower Hamlets blames the out of date valuations on “a backlog of applications due to resourcing issues”, which it says has now been cleared.

A spokesperson says: “Accordingly, the time lag between valuations and completions has reduced.”1

Labour’s housing spokesperson at the London Assembly, Tom Copley, estimates that every other home sold under right to buy in Tower Hamlets is now being rented out rather than owner-occupied.

According to a study by Inside Housing, 38% of council properties sold off through right to buy across 91 local authorities are being let out in the private rental sector. The Prime Minister, David Cameron, is currently preparing to extend the right to buy scheme to 1.3m housing association tenants. He wishes to “turn tenants into homeowners and reduce housing benefit bills”.1

However, opponents argue that the existing scheme has been exploited, with some tenants receiving huge discounts and the country suffering from a lack of affordable housing.

The Shadow Communities Secretary, Emma Reynolds, says the use of old valuations is “deeply concerning”1 and warns that the Government’s plan to extend the scheme to housing association tenants will make the low-cost housing crisis even worse.

This summer, a two-bed former council flat sold for 22 times the price it sold for in 1997, when it was first sold under right to buy.

Further investigations reveal that more than a third of council homes sold through the scheme are now in the private rental sector, rather than occupied by their former council tenants.

A Department for Communities and Local Government spokesperson defends the scheme, but says councils must sell properties based on their current value.

They add: “We want to ensure that anyone who works hard and aspires to own their own home has the opportunity to do so.

“We expect councils and housing associations to abide by the clear and detailed rules set out in legislation and sell their properties based on open market value.”1

Housing associations have urged ministers to revise the plan to extend the policy, stating that 60% of people think it is unfair that social housing tenants will receive discounts while private renters will not.

In another Freedom of Information response, the London Borough of Sutton revealed that it has sold off several flats at a 70% discount, allowing one tenant to buy a £173,000 home for just £70,000.

70% discounts are permitted under the scheme for tenants who have lived in their homes for many years, but critics claim this is too high. The Government has said that it will cap discounts in the new policy at £75,000, “to prevent excessive windfalls to social tenants”.1

Executive Member for Housing at Islington Council, James Murray, insists: “It’s absurd. The system has given away huge sums of public assets and replacement homes have not been built. In many cases, it has effectively led to social landlords being replaced by private ones.”1

When Margaret Thatcher launched the scheme in the 1979 Conservative election manifesto, she set the maximum discount at 50%, but in 2013-14, the average was 47%.

In 2012, the government increased the amount of discount that councils could offer, making the policy more affordable for tenants at a time when house prices were spiralling, especially in London and the South East.

Opponents also complain about the lack of replacement affordable housing being built.

The Department for Communities and Local Government reports that it has received £3.58 billion from council homes being sold over the past decade, but admits it is “not possible to set out specifically how the proceeds from the receipts per se are used”, as they are put into the Government’s “pot”.1

The Government insists that every home sold under the extended right to buy policy will be replaced one-for-one.