Where are the UK’s most expensive seaside locations?

The most recent report from Halifax has uncovered the most expensive seaside locations for property in the UK.

In fact, the report indicates that house prices in UK seaside towns have risen by a quarter during the last ten years.

There is however a significant north-south divide in property values in UK seaside locations. Nine out of ten of the most expensive locations are located on the south coast of England.

The most expensive location was Sandbanks in Poole, where an average property costs £664,051. Sandbanks was followed by Salcombe in South Devon and Aldeburgh in East Anglia, where values were found to be £617,743 and £526,689 respectively.

Away from the South, the most expensive locations were found to be the Scottish locations of North Berwick and St Andrews. Prices here are £314,435 and £300,319.

Scottish seaside locations have seen the most significant average house price growth during the last decade. The average price in Fraserburgh in Aberdeenshire nearly doubled, rising from £70,255 in 2006 to £136,889 last year.

Despite Scotland’s seaside locations seeing the fastest growth in the last ten years, the country is still home to nine of the ten least expensive regions. 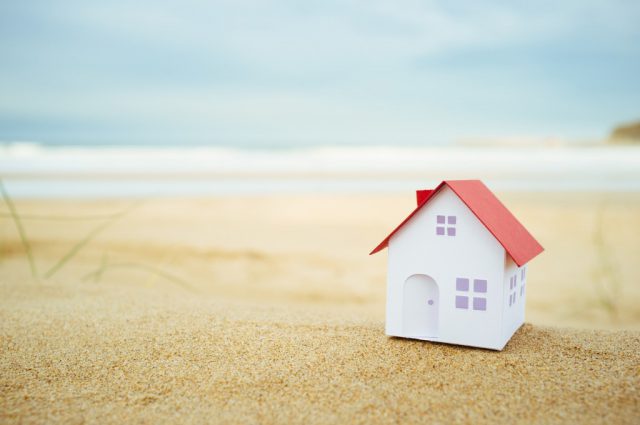 Where are the UK’s most expensive seaside locations?

Martin Ellis, housing economist at the Halifax, said: ‘Seaside towns are extremely popular places to live, offering sought-after views and desirable weather.  Being by the sea side does come at a price – with the marked increase in house prices reflecting the demand for rooms with a ‘sea’ view.’[1]

‘Over the past decade, house prices in the South East, especially coastal towns within commutable distance to London, have shown strong growth and have become Britain’s most expensive seaside towns,’ he continued.[1]

Concluding, Mr Ellis noted: ‘However, the strongest performing coastal towns in terms of growth have been in north of the border in Scotland, where property prices on the Aberdeenshire coastline have been helped by the oil industry more than the sunshine.’[1]