Posts with tag: rents in the North East

The latest property market analysis from KIS Housing has revealed that house prices in the North East stayed almost static for the second-consecutive month.

Average regional property values are just 0.1% down over the last four weeks, with prices nearly similar to one year ago. Values are only 0.07% lower than in March 2016. In cash terms, this is a difference of just £124.

In fact, across the region, prices remained more-or-less the same to four weeks ago, sliding by only 0.1% or £307 in cash terms. This is in comparison to a rise of 0.1% in February but a fall of 3.1% in January.

By area, there was more noticeable rises in Blyth, Washington and Gateshead and Morpeth, with values here increasing by 2.9%, 1.3% and 1% respectively.

Yields remain unchanged, with investors enjoying an average return of 4.3%. This means that North East investors are enjoying a better return than those in London (3.2%) and Cambridge (2.3%).

The cheapest place to rent in the North East is Easington, where one can expect to pay an average of £351 per month. Tynemouth was the most expensive in general terms, at £892pcm.

Peterlee was found once again to be the buy-to-let capital, with an average return of 6% for investors. 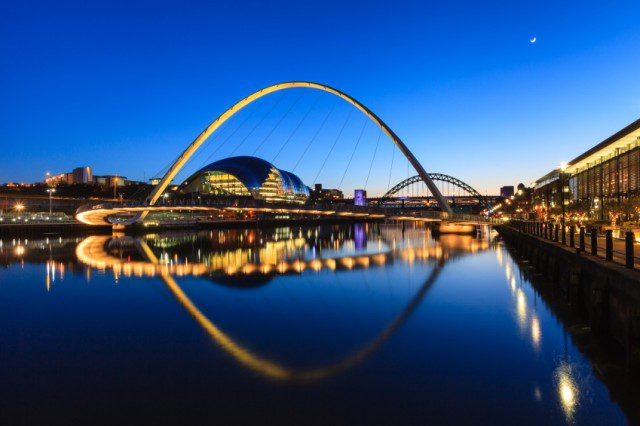 Ajay Jagota, founder and MD of Keep it Simple, said: ‘Last month I attributed frozen North East house prices to buyers and sellers alike adopting a wait-and-see approach in the run up to the triggering of Article 50-and I see no reason to revise that opinion this month.’[1]

‘With Theresa May taking that step this very week, it will be fascinating to see if we see more profound movement one way of the other in the weeks ahead.’

Some analysts have noted a growing North-South divide returning to the UK property market, with the North East lagging behind the rest of the country. These results, with prices falling as a whole and falling much more conspicuously in places like Peterlee and Easington do nothing to disprove that theory,’ he continued.[1]

Concluding, Jagota said: ‘But this doesn’t have to be gloomy news. What’s really positive for property in our region is quite how resilient and robust North East house prices have remained in the face of so much uncertainty and upheaval over the past 12 months, changing by little over £100.’[1]