Pressing Test on Carbon Monoxide Alarms is NOT Testing Them 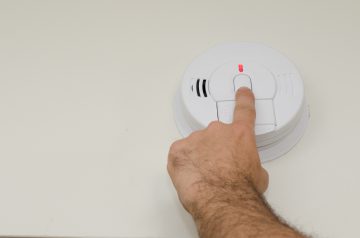 Landlords and letting agents are warned that they may not be complying with new legislation if they simply press the test button on carbon monoxide alarms.

The law, which came into effect on 1st October, requires landlords or their agents to test smoke and carbon monoxide alarms at the start of each new tenancy.

However, an expert has advised that the test button on carbon monoxide alarms is not sufficient in ensuring that the alarm works; the test button tests the circuit, but does not check whether the sensor is functioning. 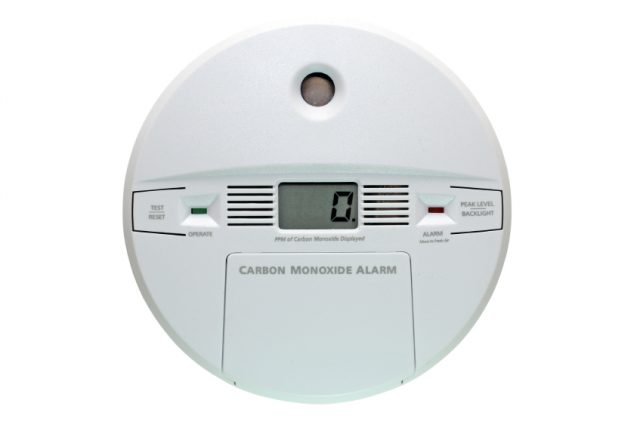 Pressing Test on Carbon Monoxide Alarms is NOT Testing Them

However, the new regulations require landlords to ensure that their rental properties have working carbon monoxide alarms.

Agents conducting these checks for landlords, including those that delegate the duty to maintenance staff or inventory clerks, could leave landlords exposed to prosecution if they do not specifically check that the alarms work.

Managing Director of Gas Safe Europe, John Stones, states: “Simply pressing the so-called test button only tests the battery, buzzer and circuit, yet the sensor is the component most likely to fail.”1

He says that testing can only be done properly by injecting test gas, such as Detectagas, over the alarm.

From 1st October, private landlords have been legally required to install smoke alarms on each floor of their rental properties and carbon monoxide alarms in rooms where there are solid fuel burning appliances. This applies to new and existing tenancies.

The new law only applies in England.

However, some believe that the new laws do not go far enough. Some argue that carbon monoxide alarms should be required where there are gas boilers.

In Northern Ireland, the legal requirement is to have carbon monoxide alarms fitted in all new homes, whether rental or owner-occupier, and whenever a boiler or solid fuel stove is upgraded.

Recently, a mother spoke on Radio 4’s You and Yours show, urging the law to cover all homes, both old and new and rented or owner-occupied.

He died after a neighbour’s faulty boiler leaked the gas through the brickwork into his bedroom.

Stacey has since become a campaigner to raise awareness of the dangers.

On the programme, she asked: “Your own property might be okay, but what about the home next door?”1

Scotland is due to have its own legislation created in December and in Wales, alarms are recommended, but not compulsory.

Unfortunately, it often takes a tragedy before there is action.

The show also considered whether landlords would turn a blind eye to the alarm regulations.

Landlords should stay up to date with all new laws and responsibilities.

From tomorrow, 1st October, the Smoke and Carbon Monoxide Alarm (England) Regulations will be enforced.

Landlords and letting agents must ensure that smoke alarms are fitted on each floor of every rental property, whether the home has a new or existing tenancy agreement.

Additionally, alarms must be tested for new tenancies starting on or after tomorrow. This requirement does not include existing tenancies, but landlords and agents are reminded that all rental homes must have smoke alarms.

A senior solicitor at law firm Hart Brown, Stephen Boyle, warns of a “slight kink in the wording of the regulations that might catch the unwary”.

He explains: “The regulations require that the landlord ensure that each prescribed alarm is in proper working order on the day the tenancy begins if it is a new tenancy. 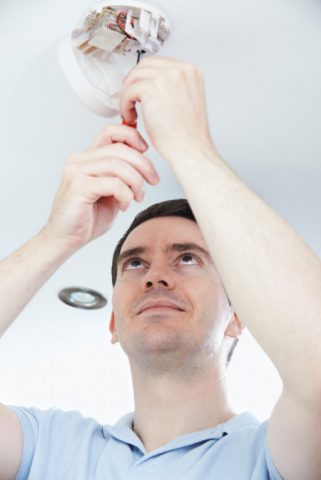 “Checking alarms a day or week before the new tenants move in would be a breach of the strict terms of the regulations, so landlords should beware of agents checking properties on their behalf in advance of a new tenancy beginning.

“If the alarms are not checked on the day the tenancy begins, the landlord will be the one facing a fine of up to £5,000.”1

Rental properties will also be required to have carbon monoxide alarms fitted in living spaces where there are solid fuel appliances.

However, Trading Standards has revealed that independent tests on carbon monoxide alarms found that eight out of ten failed British Standards tests.

Managing Director of the Association of Residential Letting Agents (ARLA), David Cox, says that agents have been struggling to fit smoke and carbon monoxide alarms due to the tight timeframe, noting that there has been just 13 days between Parliament approving the new regulations and their implementation.

He states: “We are entirely supportive of the aims of the regulation, but have recommended that the Government has implemented too strict a timeframe for this. However, despite our calls to reconsider the timeframe, following final scrutiny of the measures a few weeks ago, the deadline was not extended and landlords must comply by tomorrow.

“For those who have not yet fitted smoke alarms, we urge them to do all they can today to ensure that their properties comply with the new regulations that come into play.”

He adds: “There are also some changes to section 21, which will come into force tomorrow, looking at when section 21 notices can be served, how long they will be valid for, what needs to be served with them, and hopefully a new prescribed section 21 notice.

“On top of all this, new retaliatory eviction measures will also be coming into force tomorrow, banning landlords from using section 21 for six months where a local authority has served an improvement notice.

“At ARLA, we have provided factsheets to all our members on these changes and encouragement for anyone who doesn’t fully understand the regulations to get up to speed as quickly as possible.”1

However, with just one day to go, there is still confusion amongst landlords and agents regarding the new requirement to fit smoke alarms and carbon monoxide alarms to homes, with many believing it only applies to new tenancies starting on or after 1st October.

Pryor asked: “@BrandonLewis Question, do the regulations apply where the premises are let under an existing tenancy?”

Landlords and Letting Agents Not Up to Speed with the Law, Warns AIIC

Landlords and letting agents are not up to speed with the law in the lettings sector,...

Wakefield Council is clamping down on landlords that do not comply with the smoke ala...

Two young boys have died following a fire in their rented home, where there were no w...