The East of England and the South East have surpassed London’s house price growth, according to new data from the Land Registry.

The East, ranging from Hertfordshire to Norfolk, experienced an average annual rise of 8.4%, almost 2% higher than the property price growth seen in the capital. 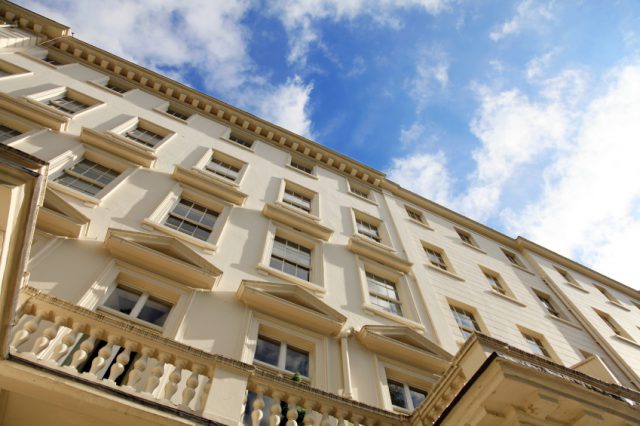 Sophie Chick, part of the Savills residential research team, says: “Both regions are well positioned to benefit from buyers looking for more for their money outside the capital, but still within an easy commuting distance to central London.”1

Research by Savills indicates that prices in the top two regions could rise by a further 25% over the next four years, compared with 10% in the capital.

Director of Your Move and Reeds Rains estate agents, Adrian Gill, comments: “The market in London appears to have got the ball rolling again, as buyers get used to the heavier taxation, and prices in the capital and surrounding regions continue to travel at a much faster pace than up in the North West, North East and Yorkshire.”

Indeed, the North West, Yorkshire and the Humber, and the East Midlands all witnessed monthly price declines. Meanwhile, prices in the North East rose by a slight 0.5% and Wales has only just recovered from negative figures last month, to a 0.2% increase this month.

The South West, running from Gloucestershire to the Isles of Scilly, and the West Midlands, from Wolverhampton to Coventry, are two regions that are continuing to see steady growth.

Gill continues: “Sales activity may look slightly subdued on an annual basis, but property sales have actually been picking up speed solidly since the start of the year, and rose 4.4% between May and June.

“Most importantly, the gates are firmly propped open at the bottom of the market and our own research shows this has been the strongest summer for first time buyer sales since 2007.

“With an interest rate rise largely speculated to happen next year, the race will be on for many looking to move up the property ladder before borrowing becomes more expensive.”1 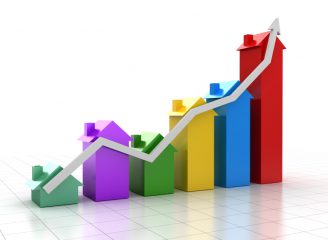 In July, house prices rose by 2%, according to the Office for National Statistics (ONS).

Surprisingly, the East and South East of England experienced the strongest growth, rather than London. 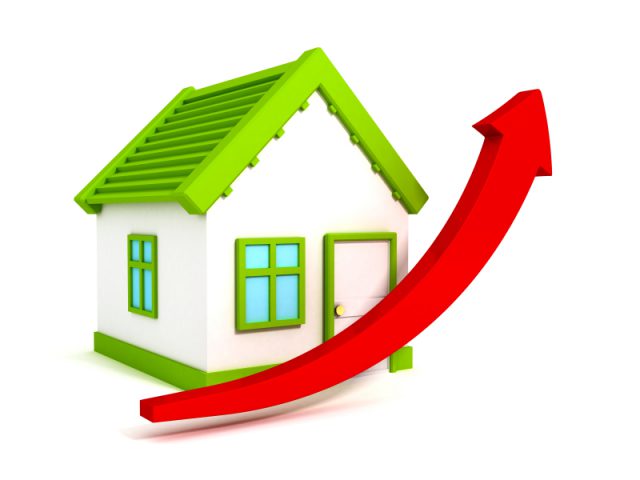 However, on a seasonally adjusted basis, average house price growth dropped to 5.2% from 5.7%, partly due to price falls in Scotland and the North East of England.

The ONS data corresponds with more recent figures from Halifax, which reveal a 2.7% increase in prices during August. The two sets of statistics will cause fresh concern regarding housing affordability.

The new shadow housing minister in Jeremy Corbyn’s cabinet, John Healey, tweeted on his appointment: “Housing is now a national crisis, so delighted housing now has full status in shadow cabinet and to take on job.”1

Labour’s new London mayoral candidate, Sadiq Khan, has also made housing a priority, putting “an affordable and secure home to rent or buy”1 as his main priority in his acceptance speech.

Affordability is currently worst in the East of England. The ONS found that the annual rate of house price inflation is at 8.3% in the region – the highest in the UK. Second, at 7.4%, is Northern Ireland, which is slowly recovering from a difficult period. The South East’s house prices are up 6.7% over the last year.

However, the figures also highlight a severe north-south divide, with the North East of England reporting its first annual price decrease since 2013. The average house price in the region dropped by 0.7% over the past 12 months.

The ONS states that summer is usually an active time in the property market and if the figures are seasonally adjusted, the monthly pace of house price growth is 0.8%, not 2%.

Chief Executive of housing charity Shelter, Campbell Robb, says: “Not addressing our dramatic shortage of homes is pushing house prices higher and higher, and a stable home further out of reach for millions of young people and families.

“Instead, they’re trapped in expensive and insecure private renting, or stuck in childhood bedrooms.”1

The East of England’s house price growth has surpassed London in becoming Britain’s fastest growing region, according to the latest Land Registry data.

House prices in the East of England, encompassing areas from Hertfordshire to Norfolk, were an average of £210,000 in July. They rose by 8.9% over the last year, compared to an 8.3% increase in the capital.

In the South East – including Berkshire, Buckinghamshire, East Sussex, West Sussex, Hampshire, Kent and Surrey – prices grew by 8.2%. This may be close to London’s growth, but its house prices are much lower, at an average of just over £250,000 compared to the capital’s £490,000.

These are the only three regions in the UK where average prices exceed £200,000. London’s house prices are around five times higher than those in the North East, where house price growth was the slowest annually, rising just 0.4% to an average of £100,670.

Average house prices around the UK 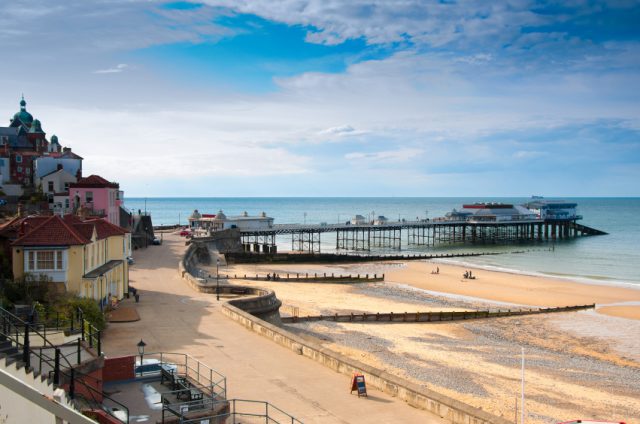 The North West and Wales, where some of the most affordable homes are found within the UK, experienced slow house price growth.

However, Yorkshire and the Humber and the West Midlands, which stretches from Wolverhampton to Coventry, recovered from negative monthly growth.

Director of Your Move and Reeds Rains, Adrian Gill, says: “The long-term trend of annual house price growth may still be sliding downhill but in the short term, monthly growth is heading skyward.

“More recently in July, we saw monthly first time buyer sales hit a post-recession record. Since the financial crash, a Bank of England [BoE] base rate of 0.5% is all first time buyers have ever known, and many were keen to agree mortgage deals and complete property purchases before this changed.

“While an interest rate rise has been relegated into next year by the Chinese stock market crash, play won’t stop for those looking to buy a home before borrowing inevitably becomes more expensive.”1

The South West, ranging from Gloucestershire to the Isles of Scilly, and the East Midlands, which includes the cities of Derby, Nottingham, Leicester and Lincoln, continue to show steady growth.

Property prices followed a clear trend over the last ten years, but this pattern has reversed, says Rightmove.

The property portal found that house prices are increasing sharply in the North East of England and dropping substantially in Kensington and Chelsea. 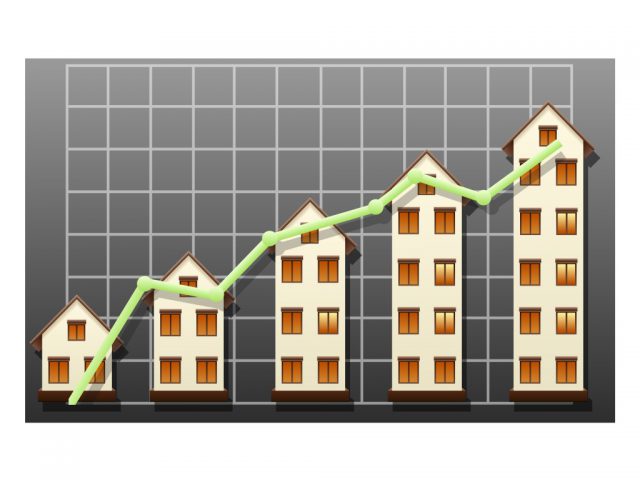 Within the London Borough of Kensington and Chelsea, the average asking price has decreased by over £178,000 to £2.29m during July, a 7.2% fall.

However, in the North East, prices are up 2.1% over the month to an average of £147,251. The region experienced the largest increase in asking prices of anywhere in the UK.

Meanwhile, the South East, the South West and the West Midlands all recorded price drops in July, found Rightmove. However, the portal’s monthly regional figures are regarded as unstable.

Annually, asking prices in London saw the highest gains, increasing by 7.8% over the year. Wales recorded the greatest decline, of 1.7%.

The overall data for London somewhat disguises the huge differences between boroughs. Typically unpopular areas, such as Redbridge, Waltham Forest, Hillingdon and Merton, witnessed rises of up to 15%. Prices stagnated in expensive areas such as Islington, Fulham and Richmond.

The average asking price in England and Wales rose slightly during July, by 0.1% to reach a record of £294,542.

Earlier this month, the Royal Institution of Chartered Surveyors (RICS) released figures that mirror Rightmove’s discovery that there was a sharp decline in the amount of homes up for sale.

Rightmove found: “The number of properties coming to market is running at a weekly run-rate 10.6% below the same period in 2014. The biggest drop-off in fresh supply is in the typical first time buyer sector with two bedrooms or fewer.

“The shortage of suitable property for sale highlights the need for an urgent and marked increase in the overall housing stock to help keep pace with the growth in household formation.”1

Rightmove has noted a growing battle between first time buyers and buy-to-let investors over the short supply of two-bedroom flats and houses.

In the beginning of July, RICS reported that the amount of homes for sale was at its lowest level since records began in 1978. It cautioned that the lack of stock is a vicious cycle as vendors are put off selling because there are no homes to move to.

The annual rate of property price growth dropped to a two-year low in June, revealed Nationwide.

The building society found that annual house price inflation fell to 3.3% last month from 4.6% in May. A year ago, prices were increasing by 11.8%.

Property prices in Wales and Scotland have even fallen in the past year, according to Nationwide.

Nationwide’s Chief Economist, Robert Gardner, says: “House price growth continues to outpace earnings, but the gap is closing, helped by a pick-up in annual wage growth, which moved up to 2.7% in the three months to April from 1.9% at the start of the year.

“The slowdown in house price growth is not confined to, nor does it appear to be driven primarily by, developments in London.”1

Last month, a study by LSL Property Services revealed that prices in parts of central London have declined by up to 22% since last autumn.

Some economists did not expect house price inflation to drop so continuously.

Chief UK and European Economist at IHS Global Insight, Howard Archer, comments: “While we are slightly surprised by June’s dip in house prices, it does not fundamentally change our view that house prices are likely to be firmer over the second half of the year.”1

Archer still predicts price rises of 6% this year and 5% next year.

Capital Economics’ Matthew Pointon says the monthly price drop does not mean the market is cooling: “On an underlying basis, prices are still rising, and with active housing demand finally recovering, annual house price gains have bottomed out.”1

Regionally, the area with the fastest price growth is now Northern Ireland, with increases of 8% over the year between the second quarter (Q2) of 2014 and Q2 2015, found Nationwide.

In Scotland, prices dropped by 1% in 12 months and Wales experienced price decreases of 0.8%.

However, within these regions, there were large variations between prices in individual cities.

Prices fell in areas including Sunderland, at 4% and Nottingham, the Highlands and Islands, and West Yorkshire at 2%.