70% of eviction notices could be illegal

A law firm has claimed that a large number of buy-to-let landlords who are attempting to evict their tenants are being held up by defective Section 21 and Section 8 notices.

North West solicitors Kirwans said it has seen a significant rise in the number of private landlords seeing delays in evictions. In some cases, these can take more than two months, leading to rental losses. The problem surrounds invalid notices, which are part of the Housing Act 1998. These notices are being identified, with hold ups coming as new ones are subsequently issued.

Danielle Hughes of Kirwans observed that over the last three month, 70% of landlords seeking to evict have been held up by problematic notices. This is turn has caused much stress amongst buy-to-let investors.

Hughes noted: ‘The legal changes that have taken place in this area over the past 12 months have been fast-paced complicated and many landlords are finding that the notices they have prepared themselves using online forms, or even those that have been prepared for them by well-meaning letting agents are out-of-date as a result.’[1] 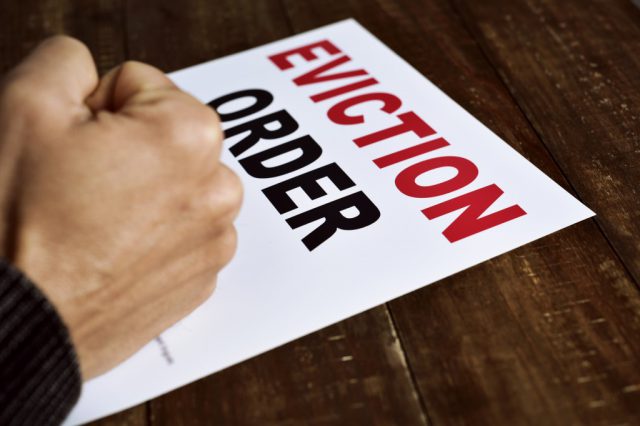 70% of eviction notices could be illegal?

The eviction process can be lengthy, with courts fees for all stages recently rising from £390 to £476. Hughes believes that most errors and risks occur during the first stage, when some landlords opt to go ahead without the advice of a solicitor.

Concluding, Hughes said: ‘Time and time again we are seeing defective notices. The impact of this on the landlord can be devastating, both in terms of emotions, costs and delays, particularly in situations where the tenant is no longer paying rent.’[1]