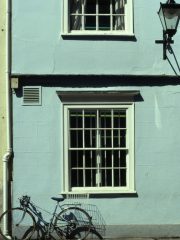 David Cameron’s rise to power after the 2010 general election seems to have fuelled a booming housing market in the town of Chipping Norton, Oxfordshire.

The Prime Minister holds a country dwelling in this area, as do other famous residents. It seems that their mere presence in Chipping Norton caused property prices with an OX7 postcode to spiral by 16% in 2014.

The average house price in the town leapt from £340,000 in March 2013 to £395,000 in March 2014. It is also believed that ex-The Sun editor Rebekah Brooks, PR expert Matthew Freud, and former Blur member Alex James have all lived near Chipping Norton.

The average price of a detached home in the town is £602,000, according to Land Registry figures.1 The publicity that this town has received has driven local property price inflation to way beyond the average UK growth rate of 8.1% last year. The average for the whole of Oxfordshire was 9%, revealed the Office for National Statistics (ONS).1

Residential transactions rose in the OX7 postcode in 2010; the year that David Cameron, the MP for Whitney, became PM.

The town was in the news again in 2011 when Rebekah Brooks was arrested under phone-hacking allegations. The long trial ended in 2014 when she was cleared of all charges.

Head of Residential Research at Hamptons estate agents, Johnny Morris, believes that the “Chipping Norton set” of celebrities could be the reason for booming house prices.

He says: “When a specific area gets publicised it can often translate into more buyers looking for homes there. But equally, those homes would have to have been sold by someone too, so it may also have been the neighbours wanting to get away.”1

Whether it was to move in or move out, publicity may have caused activity in Chipping Norton’s housing market.

A stream of wealthy residents moving into the area also boosted the luxury end of the property market. The huge increase in average prices in 2010 was partly caused by a rise in the sale of homes worth over £1m, jumping from five sales in 2009 to 11 in 2010. The most expensive house in this postcode ever recorded was also sold in 2010, for £8m.1

Director at Savills estate agents, Giles Lawton states: “Back in the 1980s, Chipping Norton was seen as the back of beyond with the elite buying in Woodstock or Oxford. The publicity over the last five years has really put it on the map.”

The town is also experiencing a wave of Londoners either buying a second home in the countryside or moving and commuting from a nearby station. Homeowners are cashing in on the soaring house prices of the capital and receiving better value for money in the country.

Lawton explains: “The buyer is usually British, but I have just sold one home to a man from southeast Asia who wanted to be near to Oxford.”

Lawton also claims that 2010 was a “fantastic year” for the UK housing marketing, the same time that the Conservative’s came to power.

He says: “There was a real feel-good factor after the election and a general sense of relief that people could move on with their lives. We had experienced a couple of hard years before 2010 with the collapse of Lehman Brothers and it’s been relatively tough ever since. Let’s hope we see the same thing again after this election.”1