Homeowners in England and Wales have already forked out £303.6m in high street estate agent fees in 2017 so far.

This is the finding of the latest study by online estate agent eMoov.co.uk, which found that the average high street estate agent has already lowered its standard fee from 1.6% plus VAT to 1.3% including VAT, due to the growth of the online sector.

Using this lower fee, eMoov has looked at the number of properties that have completed so far this year and what they have sold for, before applying the 1.3% charge to see how much homeowners have paid to sell their properties in 2017 so far.

The agent also accounted for the online share, which currently makes up 5.51% of the market, removing this from the total fees charged.

The research shows that, so far in 2017, £26 billion worth of property has already been sold, equating to £303.6m in high street estate agent fees. 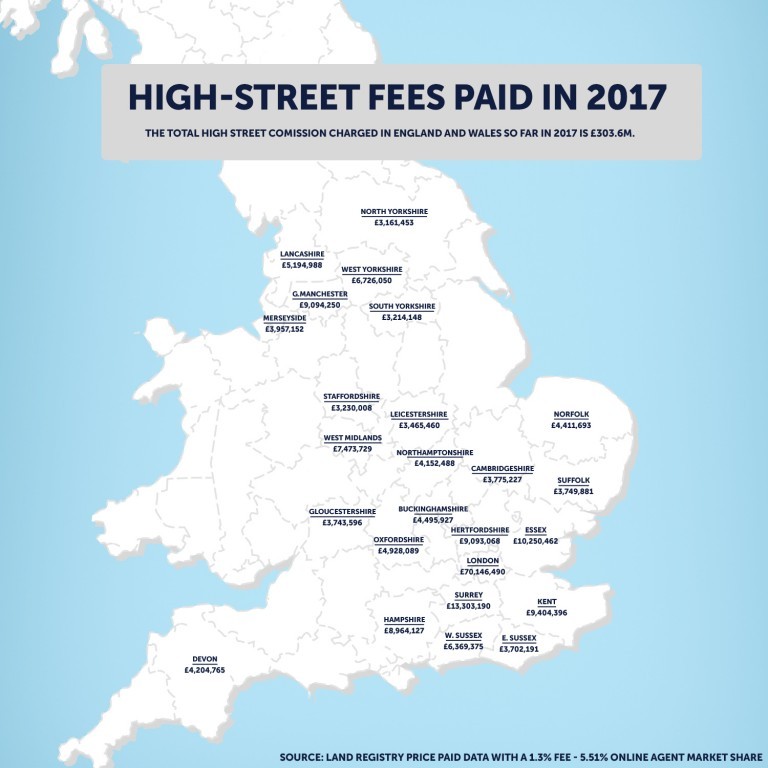 As expected, the higher price of London properties means that the capital has experienced the greatest amount of fees paid (£70,146,490) so far this year, and this is no doubt higher given that the average fee in London is much higher than 1.3% including VAT.

The Founder and CEO of eMoov, Russell Quirk, comments: “Despite the high street sector being pressured to lower their commission to an average fee of 1.3% including VAT, due to growing competition by online and hybrid agents, this research demonstrates the eye-watering amount of money that’s still being paid due to the outdated practice of charging based on a property’s value.

“Of course, not all agents charge as much, but there are many agents that will still charge more and, with hybrid and online agents charging a fixed fee with a now proven service track record, it remains to be seen why you should pay more to sell your house because it is of a higher value.”

He continues: “The only silver lining to this research is that, in years gone by, this figure would have been a lot higher. Although the online and hybrid sector still only accounts for 5.51% of the market, it still represents a considerable saving and one that is only set to keep increasing as we take more market share.” 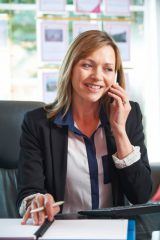 The firm has highlighted just how far high street estate agent charges have soared as a result of escalating house prices and their “dated” commission-based model.

The agent has also compared high street estate agent charges to much more respected professions across the UK. 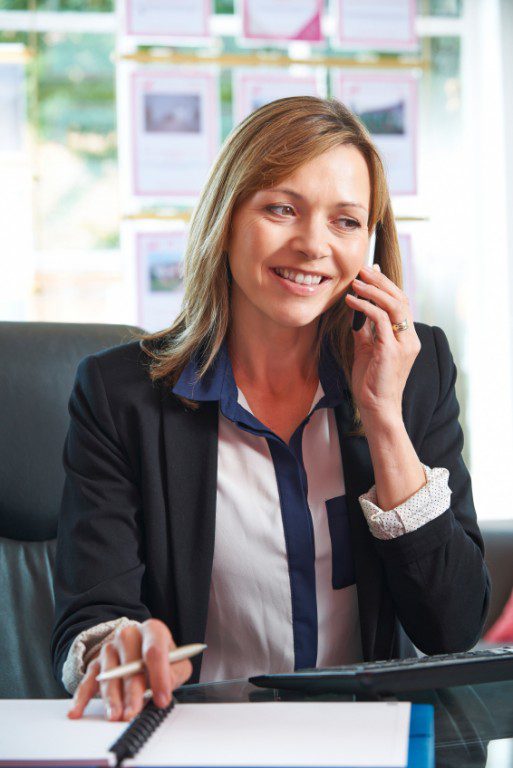 The number of property transactions in the UK has risen steadily since 2012, up by 26%, with the average house price increasing at the same rate over the same period. As a result, high street agents have also seen their profits boosted, despite no additional service offered.

With the average property taking between 5 and 15 hours to sell, high street agents across the UK could earn as much as £815 per hour, climbing to £876 per hour in England alone.

eMoov insists that, although there are no barriers to entry into the occupation, high street estate agents still earn more than some of the nation’s most hard-working professions.

A solicitor will have to put in four times that of an estate agent, with an hourly fee of £201, while a dentist will have to work for 16 hours, at an hourly rate of £51.51.

Even manual skilled professions require an “abundance” of training before they can qualify, argues eMoov, but an electrician (£18.35 per hour) and a plumber (£17.75 per hour) will have to work more than 40 hours each to match the hourly fee of a high street agent.

An infantry soldier in the British Army will have to work almost a full day (19 hours) to earn the same amount as a high street estate agent can in just one hour.

The Founder and CEO of eMoov, Russell Quirk, says: “We make a point of highlighting every year that, whilst house prices and transactions climb, so does the money made by high street estate agents, due to nothing more than their stale, commissioned-based fee. If anything, the service offered by high street estate agency has steadily declined, as the lack of barriers to entry have facilitated every man and his dog setting up a branch, with no real regulation on how they behave or treat the consumer.

“That’s not to say all high street agents are bad; there are in fact some very good ones, as well as those that don’t charge as much as the average 1.6% plus VAT in fees. But, unfortunately, there is still an abundance of those with a severe lack of moral fibre who get away with charging much more for no additional benefit.”

He continues: “The emergence of the online and hybrid sector is slowly changing that but, until it becomes the norm, and it will, the UK home seller will continue to be held to ransom by high street agents that know how to pull the wool over the eyes of both buyer and seller.

“The emergence of the online sector and property portals such as Zoopla and Rightmove means that now a property can almost sell itself. But to think that, despite this, there are high street agents across the UK netting 19 times more than a hard-working NHS doctor is a little bit sickening really.”

What do you think of high street estate agent charges, and have you been inspired to use an online alternative?