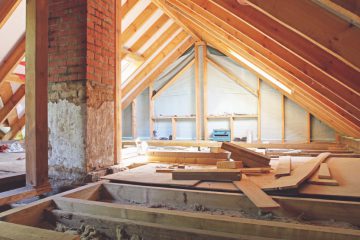 The total number of new homes being constructed on greenbelt land in England has halved over the last ten years, according to new research.

A report from real estate firm Countrywide shows that less than 100,000 homes have been built on these open spaces, which are intended to prevent an urban migration to the countryside.

Data from the report shows that the 96,000 greenbelt land properties built during the last decade made up just 3.5% of the 2.7million homes built in England.

Demand for new homes, particularly around the capital, has seen 48% of all greenbelt development occur around London since 2014. Four areas, namely Blackpool, Gloucester, Burton and Morecambe have seen no new house building activity at all since 2011.[1]

In fact, figures show that the number of new homes being constructed on greenbelt land each year has dropped dramatically over the last few years, from 6,700 homes in 2001 to 3,248 in 2014.[1]

This trend was found to have started long before the economic downturn. Despite a 36% increase in the number of new homes being built in England between 2001 and 2007, the percentage being built of greenbelt land dropped by 46%. In fact during the last year, only 3,250 homes, or 3% of all homes in total, were built on the greenbelt.[1]

During the last five years, development on greenbelt land has been predominantly in areas surrounding up-and-coming cities in the south of the country.

Local authorities have the power to grant permission for development in the greenbelt under special circumstances, where the benefit from the development is determined to outweigh the harmful aspects.

This has opened up a number of debates and conflicting reports on what specifically counts as benefits. Broadly, these may include substantial economic benefits, replacing buildings or providing social housing.

‘While development is generally prohibited within the greenbelt a small number of homes are given permission to be built,’ said Johnny Morris, group research director at Countrywide. ‘Many of these development sites would be at odds with common perceptions of greenbelt. Rather than picturesque countryside being concreted over these sites were either brownfield, infill schemes or unused land with little amenity value,’ he continued.[1] 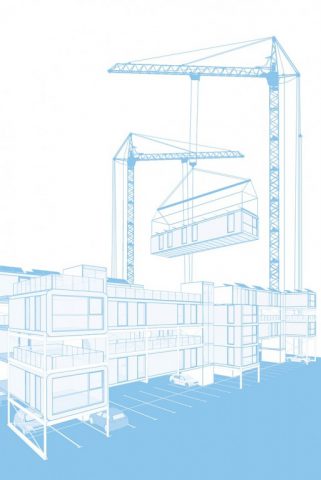 Morris believes that, ‘sustained pressure, particularly in the South, to get more homes built and government plans to take a tougher line on local authorities with out of date plans, will likely see more homes built on greenbelt in future years.’ He explained that, ‘just returning to the rates of development on greenbelt seen in the early noughties would yield an extra 5,000 new homes a year.’[1]

‘Research by Countrywide published earlier in 2015 showed around the 80 railway stations in the greenbelt on the fringes of cities across England, there is enough unused land in areas within walking distance of those train stations to accommodate nearly half a million new homes. Given the chronic shortage of new homes in certain areas, we concluded we may not have the luxury of overlooking these potential sites,’ he added.[1]