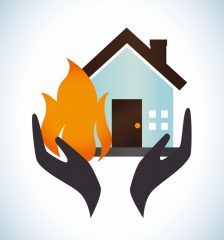 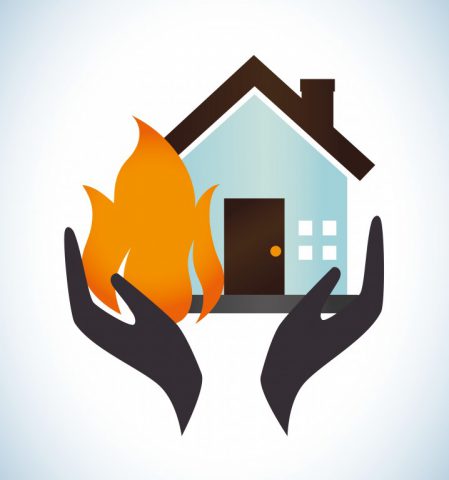 A landlord in Birmingham has been fined £6,400 and ordered to pay costs of £3,696 and a £120 victim surcharge for failing to license his House in Multiple Occupation (HMO) and breaching HMO regulations.

Ayoub Yakoob, 38, from Morden, Surrey, pleaded guilty to failing to obtain an HMO license and to nine breaches of HMO regulations at Birmingham Magistrates’ Court.

His letting agent, Mohammed Shehzad, also known as Ashsard Khan, was fined £450 and charged £150 in costs and a £20 victim surcharge after he admitted to nine breaches of the HMO management regulations.

Birmingham City Council officers were called to inspect the property, where they discovered that the fire alarm wasn’t working, the smoke detectors were missing, there were no notices detailing the escape route and there was a hole in the ceiling of the main escape route, which prevents it from being fire resistant. Furthermore, self-closing devices for the fire doors were faulty or missing.

In addition to the fire safety breaches, officers found that chimneybreasts had been removed and the chimney was not adequately supported. Walls were also left unplastered, rooms were covered in plaster dust, mould was growing in a bedroom, one of the bathrooms had been removed, the front door could not close and building rubble was left in the back yard.

Cabinet Member for Neighbourhood Management and Homes at Birmingham City Council, Councillor John Cotton, comments: “The HMO license exists so that officers can carry out checks to ensure the safety of tenants. Failing to apply for the license meant that these checks were avoided for some time.

“Mr. Yakoob and Mr. Shehzad put their tenants’ lives at risk by failing to provide basic fire safety measures and their tenants were also forced to live in filthy and insecure accommodation.”1

Letting agents and property managers of blocks of flats with fire doors are being warned over their fire safety responsibilities.

The warning has come in the lead up to Fire Door Safety Week, which is taking place from September 14-20.

‘The rates of fire deaths and casualties are reducing, but there are still an average of 25 fatalities or injuries from building fires every day,’ said Hannah Mansell, spokesperson for Fire Door Safety Week. ‘Fire doors are a crucial first line of defence in many of these fires, and yet they remain a significant area of neglect,’ he continued.[1]

Mansell went on to say, ‘ten years on from a new law being introduced, fire door failure is still a consistent feature of prosecutions. Just this year alone we know of hundreds of thousands of pounds of fines and prison sentences for people who have failed to meet their fire safety responsibilities.’[2] She claims that the organisation finds faults in fire doors in privately rented accommodation far too frequently.

Sponsors of fire safety week include the National Landlords Association and the Federation of Private Residents’ Association. Under the Regulatory Reform (Fire Safety) Order of 2005, employers or people who are known to have control over a premises are permitted to carry out fire risk assessments and to subsequently act accordingly. This person is known as the responsible person.

A full fire risk assessment should highlight actions that need to be taken to ensure the building is sufficiently permitted from fire. This assessment must be reviewed annually and amended as soon as changes are made to a building.

Despite this, the organisers of Fire Door Safety Week have said that since the act was introduced in 2005, there has been a continual stream of prosecutions against property owners, landlords and letting agents. A former firefighter that rented out flats in Liverpool has been fined for putting his tenants’ lives in danger after breaching fire safety regulations.

Adrian Webb admitted that he had not visited the properties for two years. Webb and his wife Lynn rented out the flats in a converted house in Walton. They had no fire alarms or fire doors.

Last month, they were fined £8,000 each at Liverpool Magistrates’ Court after they failed to comply with prohibition orders banning anyone from living in the homes until issues were resolved.

Webb and his wife became landlords 12 years ago, when he quit his job with Merseyside Fire Service.

He admitted that it was his responsibility to make sure the flats weren’t in the “disgusting” condition that they were found in by Liverpool City Council officers upon inspection in July 2014. He says he was not aware of the state they were in.

He claims that he is implementing new measures to ensure that the flats are up to current fire regulations.

The 51-year-old, of Rainhill, continues: “I personally think it had fire doors and thought it came up to fire regulations and had a means of escape.

“As a fireman all those years ago, fire risk assessments have changed dramatically, but there’s no excuses.

“I’ve made a mistake. I’ve not gone down and checked what’s going on in that particular property.

“I’m now putting in place a management structure to oversee that.”1

In addition to no fire alarms or fire doors, council officers observed that rooms were riddled with damp, staircases had no handrails, there was not sufficient heating and a ceiling had collapsed due to an unfixed water leak.

Furthermore, exit doors had key operated locks and the kitchens were poorly laid out and unsafe, with electric cables across the floor. 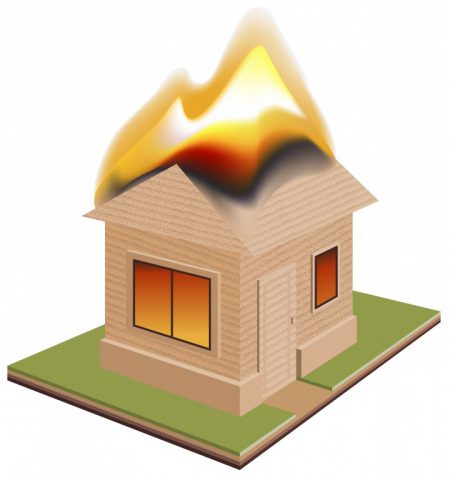 A landlord in Coventry has been given a £3,350 fine due to their House in Multiple Occupation (HMO) lacking the necessary fire safety measures.

Coventry City Council inspected the property after receiving a complaint about its conditions. The visit revealed four tenants living in the house, but none of the required precautions relating to fire safety.

“The people who live in them are often amongst the most vulnerable and disadvantaged members of society. This type of accommodation is the only housing option for many people; it is therefore vital that they are properly regulated.”1

Letting agents and property managers of blocks of flats with fire doors are being war...

A former firefighter that rented out flats in Liverpool has been fined for putting hi...

A landlord in Coventry has been given a £3,350 fine due to their House in Multiple O...