The Most Expensive Streets in England and Wales

As recently as seven years ago, a property sold on Victoria Road in Kensington for under £500,000. However, it has now been named the most expensive street in England and Wales.

Victoria Road, located in the Royal Borough of Kensington and Chelsea in west London, is the priciest residential street in the country, with an average house price of £8,006,000.

The road, home to the Vietnamese embassy, came out on top of a list released by Lloyds Bank.

All of the top 50 most expensive streets in England and Wales are in the south of England, with more than half (28) in the capital and a further 19 in the South East. Poole in Dorset is the only area not in South East England to make it onto the list.

Top Ten Most Expensive Streets in England and Wales

Victoria Road is just a short distance from Kensington Palace and boasts 64 homes, some of which date back to the 1840s. In July last year, a six-bedroom house there sold for £13m and a five-bed apartment is currently being advertised for £7.95m on Rightmove. 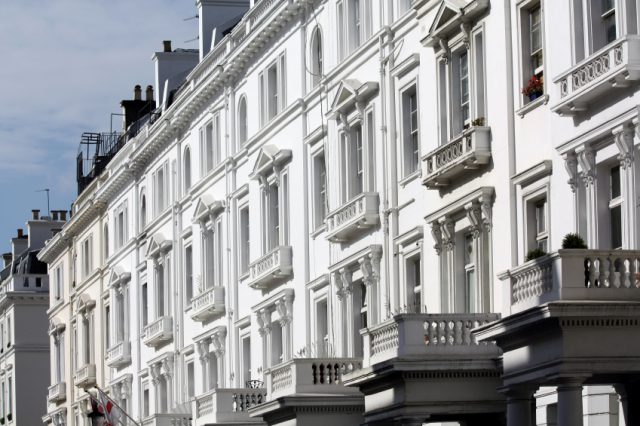 The Most Expensive Streets in England and Wales

In 1881, W S Clarke’s book The Suburban Homes of London claimed that the road “is noted for being inhabited by artists of high standing”1. However, it is unknown whether this still applies today.

In 2008, a flat on Victoria Road sold for just £475,000 – a bargain compared to today’s prices. This home is now expected to be worth around £1.7m, according to property information website Mouseprice, which has estimated the current value of each of the homes on the street. These prices range from £925,800-£19,956,000.

If the near-£20m valuation is correct, the owner of this property must be feeling very pleased with their purchase – Land Registry data suggests that they paid £11.5m for it in early 2010.

The four most expensive streets outside of the capital are all found in either Leatherhead or Cobham, both in Surrey. Chelsea Football Club’s training ground is located in Cobham, making the area a hotspot for footballers.

Cobham’s Icklingham Road and Harebell Hill both have an average house price of over £3m.

Sandbanks in Poole is often regarded a millionaire’s seaside paradise. Even empty plots of land here are sold for seven-figure sums. Sandbanks Road is the town’s most expensive street, where the average home costs £2,493,000, followed by Western Avenue at £2,433,000 and Haig Avenue at £2,200,000.

The most expensive streets outside of southern England are situated in some parts of south Manchester, known for footballers’ mansions. They include Castle Hill in Prestbury, Macclesfield, where the average property is worth £1,662,000, Macclesfield Road in Alderley Edge at £1,449,000, Torkington Road in Wilmslow at £1,330,000 and Goughs Lane in Knutsford at £1,299,000.

In Wales, the priciest street is Druidstone Road in Old St Mellons, Cardiff, where the most expensive home is worth £793,000 – less than a tenth of that in Victoria Road.

Mortgages Director at Lloyds Bank, Andrew Mason, says that although the largest concentration of England’s most expensive streets is in Kensington and Chelsea, outside of the capital, similar areas are typically found outside of central spots, as buyers seek larger homes and more green space. 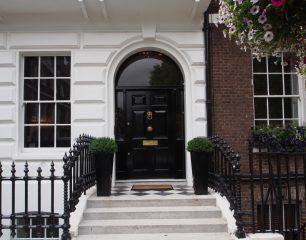 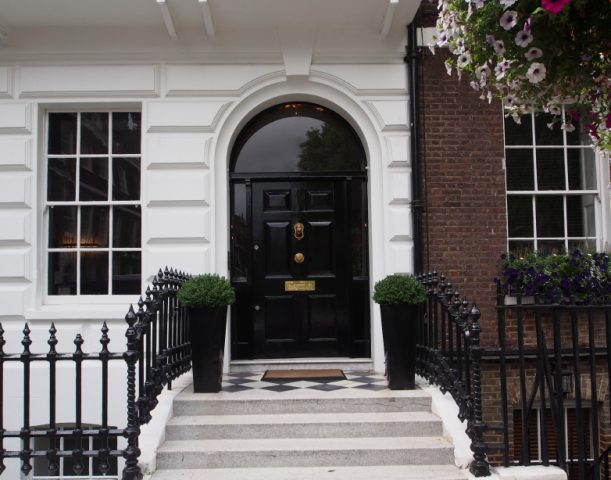 Expensive property investment in the UK market is continuing to increase, as the world’s richest people hold London assets worth more than £300 billion.

The data was released by industry publication Estate Gazette, which reports that 60 billionaires own property in the capital, compared with just ten in 2009.

Top of the list is Amancio Ortega, the Spanish billionaire boss of Zara, who owns £47.7 billion worth of property in London.

Traditional investment spots, such as the West End and Knightsbridge, are continuing to witness foreign investment, due to extremely strong returns and a steady flow of opportunity.

One example of this is Lord Sugar’s firm Amsprop, which recently sold Burberry’s old flagship store for £65m – more than double the £31m it bought it for in 2013.

However, smart investors are seeking opportunities in areas beyond zone 1. These ultra-rich individuals are not just looking in Belgravia, Chelsea and Mayfair anymore, but also at the lower end of the market. Boroughs such as Croydon are attracting attention due to current regeneration projects and excellent transport links.

Research indicates a geographic shift that is resulting in much more investment opportunities in commuter towns.

CBRE’s house price growth forecast expects London prices to rise by 30% by 2019, as a lack of supply pushes prices up and ensures steady demand.

Which parts of the capital are you looking to invest in?

Expensive property investment in the UK market is continuing to increase, as the worl...