Experts Reveal Which Politician Will Help the Housing Crisis When Margaret Thatcher won the general election in 1979, her right to buy policy was one of the key forces that drove her into power. And approaching this election, housing is still one of the most important deciders for voters.

In December 2014, Chancellor George Osborne put homeowners at the forefront of politics with Stamp Duty changes; benefitting 98% of those moving home. Help to Buy was then extended in March, and the Conservatives’ policies have since focused on the generation of renters.

Labour have promised a Stamp Duty holiday for first time buyers purchasing homes up to £300,000, charging foreign investors higher tax and reserving up to half of all new builds for local residents.

But whoever wins the election, what will happen in the property market when the election is decided?

Six property experts have given their views of the pledges and promises, and which party they believe will create a healthy, sustainable housing market.

In 2014, 118,770 new homes were built, says the Department for Communities and Local Government. This is less than half the annual figure required to tackle the housing shortage.

The Conservatives have pledged to build 200,000 homes for first time buyers by 2020, create more garden cities and release 400,000 new units from brownfield land.

The Liberal Democrats expect to build 300,000 new homes a year in at least ten garden cities.

Who do the experts believe?

Managing Director of Rokstone estate agents, Becky Fatemi, says: “The Conservatives have positioned themselves as friends of the property industry with plans already ‘costed’ out in detail. Labour has taken a polar opposite stance. Their plans for a mansion tax, abolishing non-dom status and allowing local authorities to compulsory-purchase unused sites from developers is likely to suppress new development and further cool the housing market in the capital and surrounding Home Counties.”

Russell Quirk, Chief Executive of online estate agent eMoov, adds: “Since taking office in 2010, the Conservative/Liberal Democrat coalition has delivered a lower level of housing than any government since the Second World War; an appalling record of failure.

“Labour’s record has been better, especially in the 50s and 60s, but the Blair/Brown years saw a decrease in growth. The data shows that Labour is a better bet for house building, yet none of the promises of politicians of recent years has matched the reality.”

Professor of Human Geography at the University of Oxford, Danny Dorling, comments: “The UK needs more homes for three main reasons. Firstly, homes wear out. They don’t last forever. Secondly, the number of households in the country is rising, partly due to immigration. Thirdly, we are ageing and we need more homes suitable for people who are very old but located near to where the old currently live.

“Population numbers are hardly falling in any part of the UK, so building most new homes where there is the greatest demand for housing will not harm other parts of the UK because homes are not being demolished in large numbers anywhere.

“If more homes are to be build, a wider range of builders will be required to build them and not simply a few very large monopolistic giants working to maximise their profits. This will require government intervention to correct the failure of the market.

“Regardless of who wins, without that intervention, we should not be surprised if the building is slow.”

Angela Kerr, Director at the HomeOwners Alliance, gives her view: “The Liberal Democrats’ promise of 100,000 more homes than other main political parties is seductive, but the Labour and the Conservative packages make for more convincing reading in getting more homes built.

“However, believing any of these promises takes a leap of faith after decades of poor form.

Independent buyer Henry Pryor says: “If you believe in fairies and election manifestos then the Greens will build the most homes with a promise to build 500,000 social rented homes paid for from reforming tax breaks for landlords, including scrapping buy-to-let mortgage interest relief. They also pledge to bring back 350,000 empty homes.

“Labour will need a full five years to get their plans on track, by which time it’s unlikely they will be building more than their competitors. The losers will still be those unable to get help to afford the high housing costs that no party has the political nerve to address.”

The recent increases in property prices should cause concern for the parties.

Due to low mortgage rates, homeowners are spending more, which boosts the economy. However, many aspiring buyers still cannot buy a home and therefore live in expensive, insecure rental accommodation or with their parents.

The Conservatives want to help the would-be buyer by extending Help to Buy and offering a discount to first time buyers.

Labour will give a Stamp Duty holiday to first time buyers on homes up to £300,000.

UKIP propose a tax break on Stamp Duty for the first £250,000 of a new home bought on brownfield sites.

The Green Party would abolish Help to Buy, therefore reducing buyers and prices.

But who will help prospective buyers whilst tackling affordability?

Angela Kerr believes: “The Conservative Party is at risk of stoking up demand and increasing house prices with the extension of Help to Buy. But, if they can build the new starter homes in areas of need, the Help to Buy scheme and Isa is a great overall package to help first time buyers across the country.”1

Henry Pryor says: “The Conservative plans look the most likely to result in higher rents and freehold values. This is because their economic policies are most likely to settle City nerves and continue to provide confidence and stability, which in turn should help maintain low interest rates.” 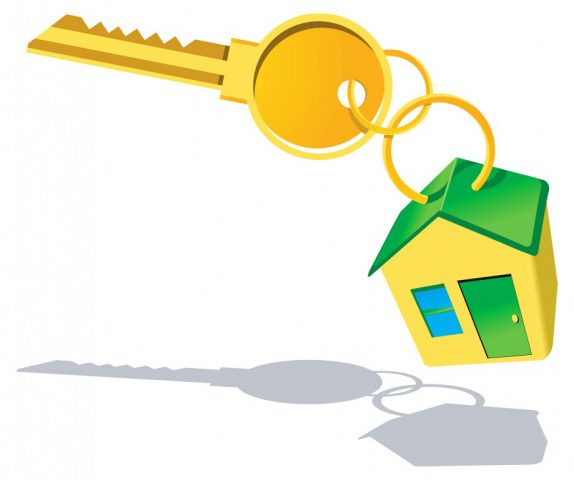 Experts Reveal Which Politician Will Help the Housing Crisis

Danny Dorling comments: “The political party that could increase affordability the most in the short-term is UKIP, but I do not support UKIP. If Nigel Farage’s party were to become a coalition partner and insist on far more draconian limits to migration then we should expect many people from the mainland of Europe to leave. That would reduce housing demand, and therefore prices, substantially.

“However, as the economy spiralled downwards when the young and productive left, overall ability to pay for housing and rents may fall even faster than housing prices. A vote to leave the European Union, as promised by the Tories, could do the same thing.”

Becky Fatemi says: “All the parties have policies to help make homes more affordable, but different approaches. Tory plans are much more market-driven, while Labour will empower local authorities to build social housing stock as they did in the post-war period. The SNP said it opposed the right to buy initiative.”

Russell Quirk adds: “The Tories have been twice as good at ensuring house price rises, therefore, homeowners should vote blue.”

The Conservatives propose selling social housing to pay for first time buyer homes, but they will need replacing.

Who do the experts think will help the market?

“This is an economic consideration,” says Russell Quirk. “House prices do better as a consequence of low inflation, low interest rates and strong economies.

“The Conservatives win here. Labour will reel from its economic record for some time and many believe that a vote for Labour is a decidedly more dangerous proposition. A Conservative majority is the best outcome for the housing market.”1

Becky Fatemi believes: “There are many different housing markets. If the Tories win, there will be a huge wave of new developments and second-hand properties placed on the market. There will also be a rise in sales in the £2m-plus market and investors and banks will return to putting money into luxury housing projects. All of this will trigger a further rise in house prices.

“Under a Labour-led government, there will be a boom in new homes below £1m, and bankers and private investors will focus on backing projects that provide starter and middle market housing.”1

Henry Pryor explains his opinion: “I suspect that a coalition government will provide the most stable market, since the housing market fears uncertainty. There remain icebergs out there, the most frightening potentially being civil unrest. We saw in the 2011 riots what can happen when a significant number of people feel sufficiently disfranchised.

“But judging by the manifestos we’ve seen, it looks unlikely that one single party has an answer to their housing crisis, in the main because there is a significant, largely silent body of the electorate who isn’t convinced that if there is a crisis they want to be a part of the solution.”1

Danny Dorling concludes: “Whatever happens, it is likely to take many decades before the UK has a healthy housing market. A healthy housing market is one in which people are able to house themselves and their families securely and not live in fear of eviction or being priced out of the market, or fear that the value of their homes may suddenly drop greatly. It is not produced when a few firms dominate home building and have such great political power.

“The politicians most likely to create a healthy housing market are those who do not view the current market as healthy; likely to be younger MPs. The old guard were often able to use their allowances and second jobs to buy multiple properties in London.”1