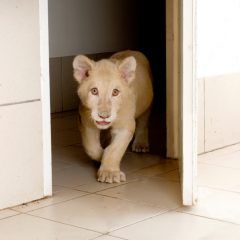 Do you know what could be lurking next door? According to new data, wild animals, including lions, tigers, crocodiles, rattlesnakes and zebras, are being kept legally in UK properties.

A Freedom of Information request (FOI) revealed that more than 100 councils have issued licenses to people who keep undomesticated animals at home.

It found that more than 300 cobras, vipers and rattlesnakes are living on private property across the UK. Licenses are required to keep animals that are considered wild, dangerous or exotic on private property. Councils grant these licenses, provided that mandatory safety measures are in place at the owner’s home and a fee is paid.

Just last week, we reported that a zookeeper was looking for a rental property for himself and two animals – a walrus and a flamingo. Would you accept these wild pets in your property?

Iain Newby, who runs a wild animal rescue facility from his home in Essex, spoke to BBC Radio 5: “I can understand people’s fascination with a lot of these animals, I keep servals myself – African cats.

“A lot of these animals I do believe should never be pets, they should be – if they are rare or if they are endangered – in proper breeding groups to keep the populations.

“But there are certain animals that are kept as pets, have been kept as pets for a long time, are bred in captivity, such as the servals.”

Although the results of the FOI are shocking enough, the councils have only revealed details of animals being kept legally with a license, but not any that are being kept illegally on private property.

Newby believes that there are many more animals being kept in homes around the UK than the FOI states. Do you know of anyone that keeps wild animals in their house? Make sure your tenants don’t!