Posts with tag: alterations to property

Property owners in Britain added a substantial amount to the value of the region’s homes in the twelve months to March 2015, according to new research.

A report from international real estate advisor Savills suggests that homeowners in the UK added around £6.5bn to the market value of Britain’s housing stock in this period.

220,000 owner-occupiers in the United Kingdom altered or extended their property in the last year, which equates to one in seventy-four homeowners. On the assumption that the typical alteration to a property adds 10% in value, the report suggests that this would create an average uplift of £30,000 per property.[1]

However, separate research from the Council of Mortgage Lenders indicates that mortgaged home movers are only at half the level they were ten years ago, totalling 358,400 at the end of March 2015.

‘The cost of taking the next step up the housing ladder and the difficulties in acquiring the mortgage finance to do so appear to have encouraged a significant proportion of owner occupiers to extend or alter their existing home,’ noted Lucian Cook, head of Savills UK residential research.’[1]

‘Changes made by the mortgage market review and increased stamp duty for properties over £1million are both likely catalysts to home improvements, impeding the rate and volume of transactions in the market,’ Cook added.[1] 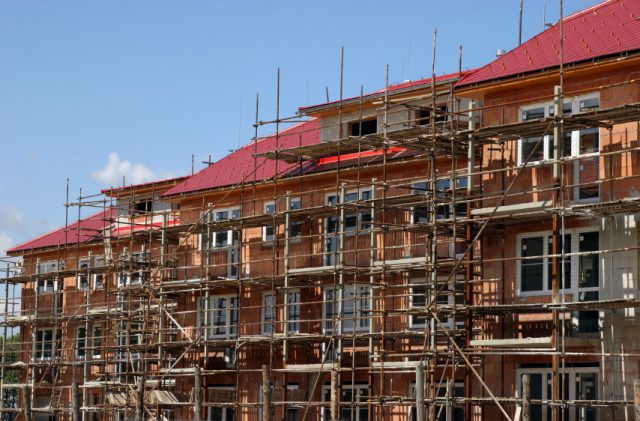 More data from the report shows there is a greater will to develop properties at the higher-end of the market. Savills estimates that £3.6bn of the £6.5bn total value added to housing stock was in London and the South East.

The boroughs of Kensington and Chelsea and Hammersmith and Fulham top the chart for local authorities with the greatest propensity to extend. These areas created an uplift of more than £100m in total property values.

‘High value markets have generally been the strongest performers post credit crunch,’ observed Cook. ‘Extending has therefore been more financially viable, with owners recouping the money spent on home improvements through house price growth and more attractive given the relative costs of upsizing,’ he added.[1]