The Scottish rental sector recorded a positive October, but this masks wide variations between the five Scottish regions, according to Your Move Scotland’s latest Rental Tracker.

The fastest rent price growth in October was seen in the Highlands and Islands, closely followed by the Glasgow and Clyde region. Meanwhile, declines were recorded in the East and South of Scotland regions.

Growth in Highlands and Islands

It was once again a divided picture for Scotland, with some regions recording strong growth, while others showed more modest growth or slight declines.

The Highlands and Islands was yet again the most expensive part of Scotland to rent a property, Your Move Scotland found, with the average property let for £698 per month in October. The new campus at the University of Highlands and Islands continues to attract people to the area. Similarly, Inverness Airport, where low-cost airlines operate, encourages travel both to and from the Highlands.

This region recorded the largest rent price growth of the 12 months to October, with the average property costing 14% more than it did in the same month of 2017. As such, there has been a noticeable increase in the number of English landlords buying in the area.

The next fastest growth was in the Glasgow and Clyde region. Prices here rose by 13% in the year to October, to hit an average of £613 a month. It is the third most expensive place to rent in Scotland.

Sandwiched between the two aforementioned areas is the Edinburgh and Lothians region. Prices here averaged £684 per month, following growth of 2.1% in the past year.

Each of the remaining regions saw their rent prices drop on an annual basis.

In the East of Scotland, rents fell by 1.7% year-on-year, to hit £529. The East is the cheapest region to rent in the country.

Finally, in the South of Scotland rents dropped by a huge 4.4%, taking the average price down to £535 per month.

When all regions are considered, the average rent price in Scotland rose by 0.2% in the year to October.

On a monthly basis, all regions were flat or saw rising average rent prices. The only region to buck this trend was the South of Scotland, where prices ticked down by 0.5%.

Landlords should be aware that new regulations affecting the way that letting agents in Scotland are able to conduct business on their behalf are now in place.

The Letting Agent Code of Practice was introduced on 31st January 2018, and all agencies were required to sign up to the new scheme by 30th September 2018 if they wished to continue operating in the sector.

Now, it is a criminal offence to conduct letting agency work if you aren’t on the register. Those breaking the rules could face a fine of up to £50,000 and up to six months’ imprisonment.

These rules are intended to increase professionalism in the sector, and make sure that agents are properly able to handle money received from both landlords and tenants.

Your Move Scotland encourages landlords to check that their agent is registered and is compliant with these new rules, given that they are now in place.

The average property investor in Scotland enjoyed a rental yield of 4.7% once again in October, according to the Rental Tracker. This is the same return as in September, but is slightly lower than the 4.8% recorded in October last year.

Despite the annual decrease, the returns enjoyed by landlords in Scotland continue to compare favourably to the yields achieved in England and Wales.

Across both nations, the average rental yield was 4.3% in October. The individual regions of England to post stronger returns than the Scottish average during the month were the North East (5.0%) and North West (4.8%).

There was a small drop in the number of tenancies falling into rent arrears in October, Your Move Scotland reports.

10.4% of all tenancies faced financial difficulties of some kind last month, which is down on the 11.0% recorded in September.

On an absolute basis, the number of rental households in serious arrears – defined as two months’ or more – was 9,815 in October.

Brian Moran, the Lettings Director of Your Move Scotland, comments: “Perhaps it is the breathtaking scenery tempting people out of the city, but the demand for properties in the Highlands and Islands has grown strongly in recent times.

“Last month, it toppled Edinburgh and Lothians as the most expensive region and, in September, its excellent performance continued.” 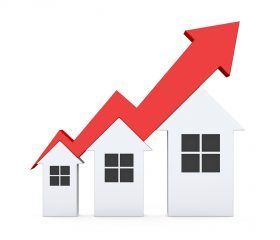 Despite increased rent prices, new research shows the proportion of income spent by tenants on rent decreased between 2016 and … 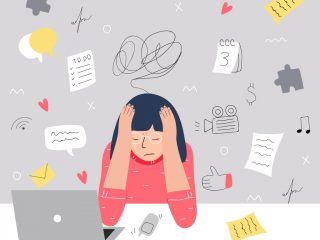 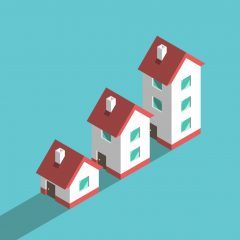